On April 30, gugudan’s Mina, Sejeong, Nayoung, and Mimi lay down for a “LieV” broadcast on V Live.

Sejeong shared a story about her most memorable gift, which was one that she had given to a boy she liked in elementary school. She said, “I laminated seven four-leaf clovers and wrote him a letter. It took me a long time to find those clovers, but I was proud of myself for putting in so much effort. I was turned down though.”

Mina stated, “My favorite holiday is Christmas, and when I was little, I didn’t know that my dad was Santa Claus. My dad said that he could ring up Santa, who apparently lived in the Philippines. He even told me that his phone number was 000,” to which Sejeong reacted by saying, “We know Mina’s father, and he’s very cute. It’s adorable that he told you he could give Santa a call.” 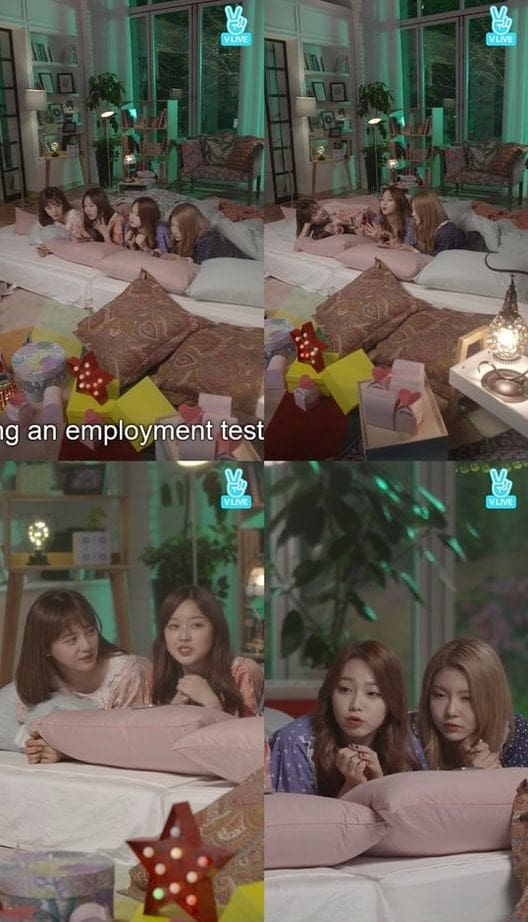 Each member then took the time to choose the most memorable gift they received during their promotions. Mina chose the first fan letter she received while competing on “Produce 101,” saying, “It was surprising to receive a letter like that from someone I didn’t know. I was really touched by the words, ‘Mina, thank you for being part of this world.’ I realized that I was receiving so much love. It’s something I can’t forget.” On the other hand, Mimi explained, “After wrapping up our promotions for ‘Wonderland,’ I received a photo book. I was really thankful because I could look back on all of our memories through the photo book. It even had a letter to my parents inside it, and I was really touched by that. 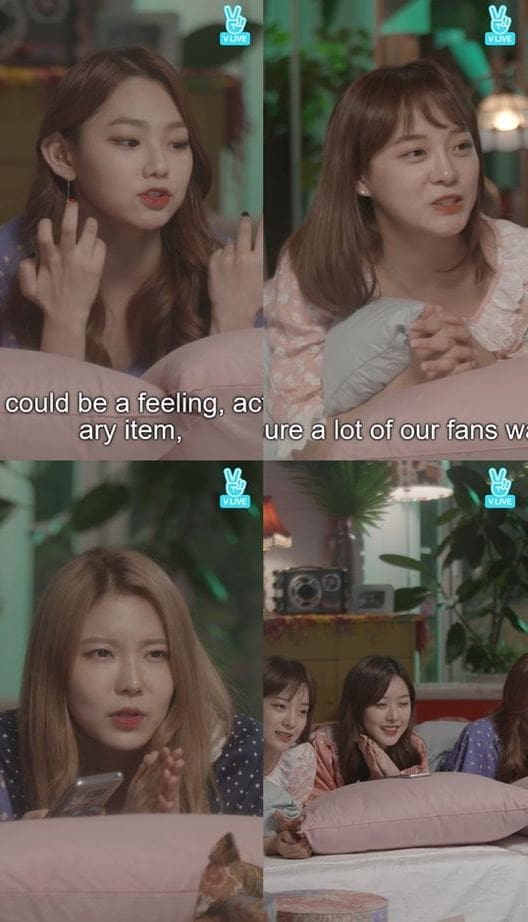 They also mentioned that the fans themselves were a gift to the gugudan members, and how they are always moved by the fans’ loud cheers and support. The members then came up with ideas about what kind of present they could give fans in order to return the love they received. Mina noted that their fans often skipped meals to come see them and suggested that they make food for their fans. Nayoung wanted to write a fan song, while Sejeong came up with the idea of an overnight fan meet event.

Through this broadcast, the four gugudan members were able to show how thankful they were for their fans. Which of these gifts from gugudan would you want to receive?