gugudan’s Kim Sejeong shared her thoughts on being called a role model.

On October 25, Kim Sejeong appeared as a special MC on KBS 2TV’s “Happy Together.” During the episode, Jo Se Ho brought up how Wanna One’s Kang Daniel previously chose her as his role model.

Kim Sejeong replied, “I feel shy about that. I can’t really understand it every time he says that I’m his role model.”

She continued, “I honestly think of us as being in the same boat. For instance, unlike you who are seniors in the industry, I’m in the same place as him where I’m also learning as I go. So I think, ‘I’m not in the position to be called a role model. Why me?’” 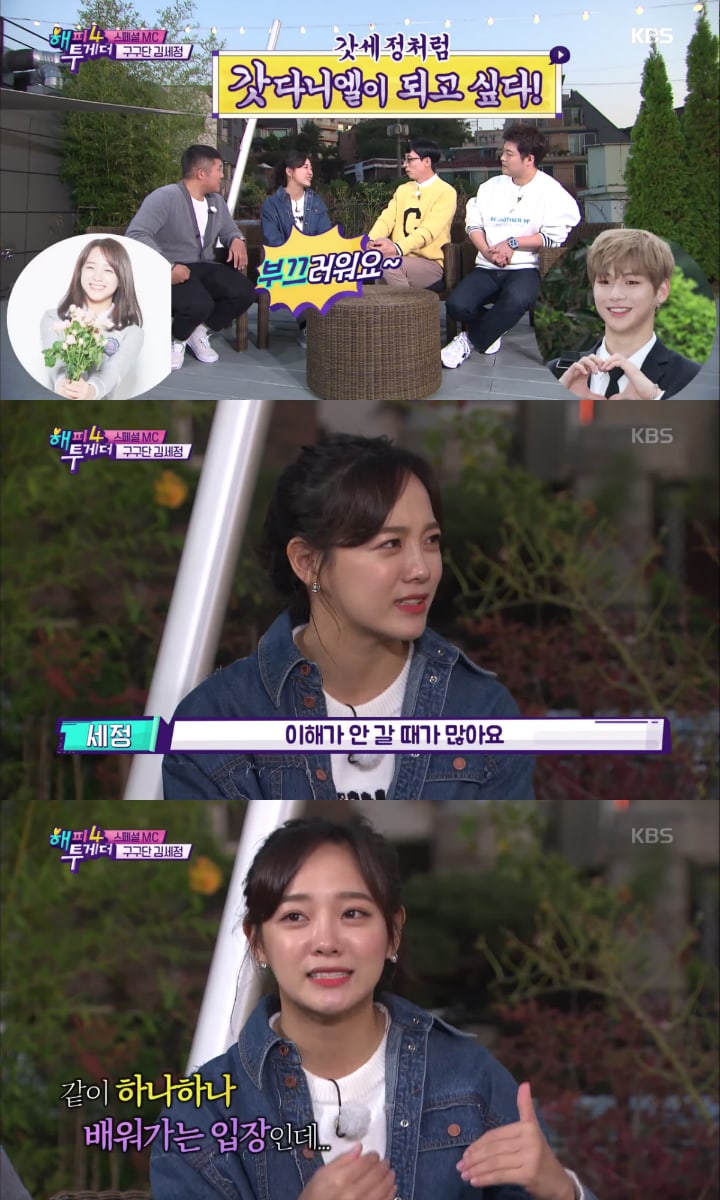 Jo Se Ho then asked Yoo Jae Suk if he has a role model. When he answered, “I haven’t really thought about my role model,” Jun Hyun Moo joked, “It’s probably himself.”

Jo Se Ho added, “I think he once said, ‘It’s hard for me to catch up to myself.’” Going along with the jokes, Yoo Jae Suk added with a laugh, “Next year, I’ll try to defeat myself.”

“Happy Together” airs on Thursdays at 11:10 p.m. KST. Check out an episode below!