Due to the various ways that groups stylize and spell their names, there are bound to be more than a few mishaps. That’s what happened between MONSTA X and the mayor of Gwangju, who Hyungwon and I.M recently visited to clear up the misunderstanding.

As Gwangju natives, I.M and Hyungwon returned to their hometown and met up with Mayor Lee Yong Seop.

The mayor didn’t waste any time bringing up the mishap he had on Twitter when misspelling their group name as MONSTER X. He hadn’t known that “MONSTA” held the important meaning of “My Star.”

I made a big mistake last October. When I was listing the K-Pop stars from our hometown, I tweeted MONSTA X on Twitter.

At that time, I thought it meant monster without thinking ‘MON’ is French. So I just did it with MONSTER X without much thought. 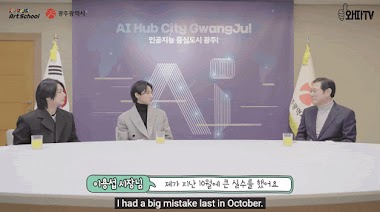 As soon as the mayor tweeted the misspelling, fans were quick to correct him. Lee Yong Seop said, “There were so many comments and retweets after I posted that on my SNS. So I accepted fans’ comments, and I apologized.” 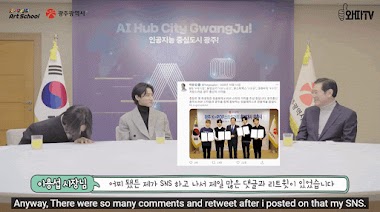 Lee Yong Seop clarified that he’d made the mistake only because he’d been so excited to share the news and asked fans to excuse the mishap. He said, “It was an urgent post with the love of my hometown’s stars in mind. And, I asked them to please forgive me and understand.”

I.M said, “Ah, it’s okay.” Monbebes were just as kind to the mayor, who said, “Fans forgave me with generous hearts.” 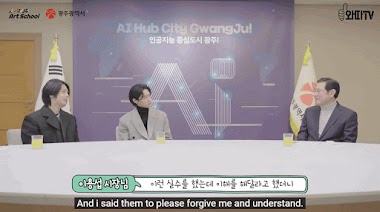 To show his sincerity, the mayor “rewrote it and reposted it” shortly after it happened. MONSTA X wasn’t phased by the mishap. Instead, it made I.M realize “we have to work harder.” The group doesn’t have to work too hard, though.

The fact that enough fans were able to help the mayor quickly realize the mix-up proved their popularity, which Lee Yong Seop acknowledged himself. Check out both parties setting the record straight about the mishap here.