Both men are the representative actors of their management agency, Artist Company. In the interview that followed the photo shoot, they were asked about whether their upcoming films created “in-agency” rivalry. (Jung Woo Sung’s “Steel Rain” was released on December 14, Ha Jung woo’s “Along With the Gods: The Two Worlds” was released on December 20, and Ha Jung Woo’s “1987: When the Day Comes” is set for release on December 27.)

The actors said, “Rather than an ‘in-house fight,’ isn’t it something to celebrate? The three movies all have very different tones and have received good feedback at previews so we hope they all do well. To those that like watching movies in the theater, we think it’s going to be a fun winter.” 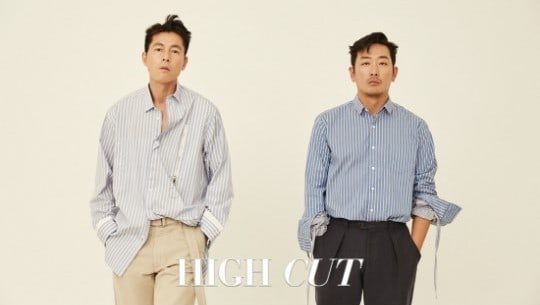 Ha Jung Woo was asked to comment on Jung Woo Sung’s “noodle feast” in “Steel Rain” and said, “It was great. Today I heard from a reporter that Kwak Do Won said in an interview that he wants to do an eating scene like Jung Woo Sung.”

Jung Woo Sung commented, “Honestly I thought of it as acting, not as eating. To my character, it was the moment where his pride fell in front of his native food.” 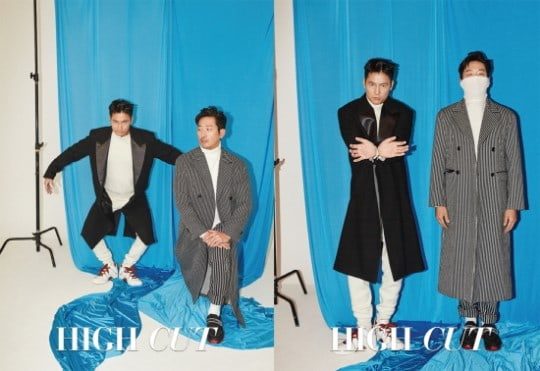 In a previous press conference for “Along With the Gods: The Two Worlds,” Ha Jung Woo picked himself as the person he wanted to be reborn as, while co-star Lee Jung Jae chose Jung Woo Sung. When the same question was posed to Jung Woo Sung, he said, “Ha Jung Woo. As a person, he’s very attractive.”

Ha Jung Woo said, “[Jung Woo Sung’s] appeal is his ‘health.’ We’ve never worked together, but just by being near you, I feel steady. That’s the reason I joined Artist Company.” 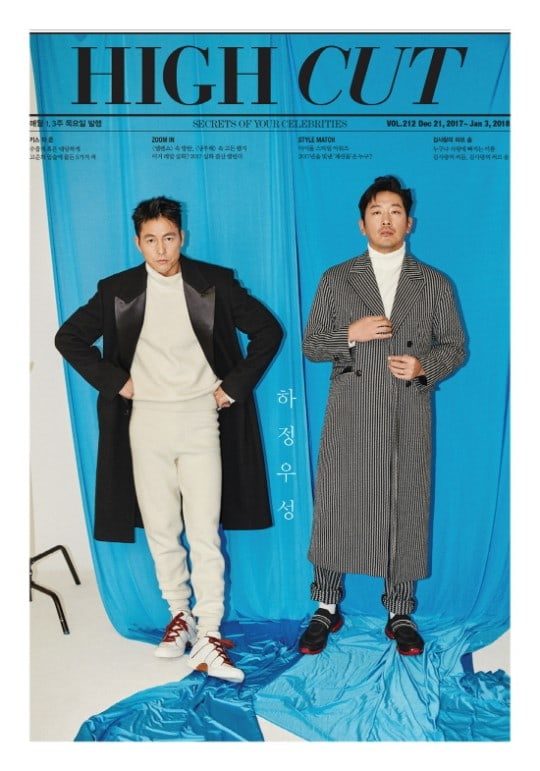