“Rich Man, Poor Woman” is about the romance between a cold, closed off CEO who can’t distinguish between faces, and a hard-working woman in his company that has an excellent memory. In the drama, EXO’s Suho plays Next In’s CEO Lee Yoo Chan, Oh Chang Suk plays vice president Min Tae Joon, Ha Yeon Soo plays Bo Ra, who has excellent memory, while Choi Ji Na plays the vice-minister of the Ministry of Science and ICT.

In the photos, Ha Yeon Soo’s character Bo Ra looks quite determined as she gives a presentation on Yoo Chan’s upcoming project. She has a brave face on, despite the fact that the presentation needs the vice-minister’s approval, whom she had previously insulted on accident. The vice-minister has a mysterious expression and a slight smile, while Yoo Chan and Tae Joon look expectantly towards Bo Ra. 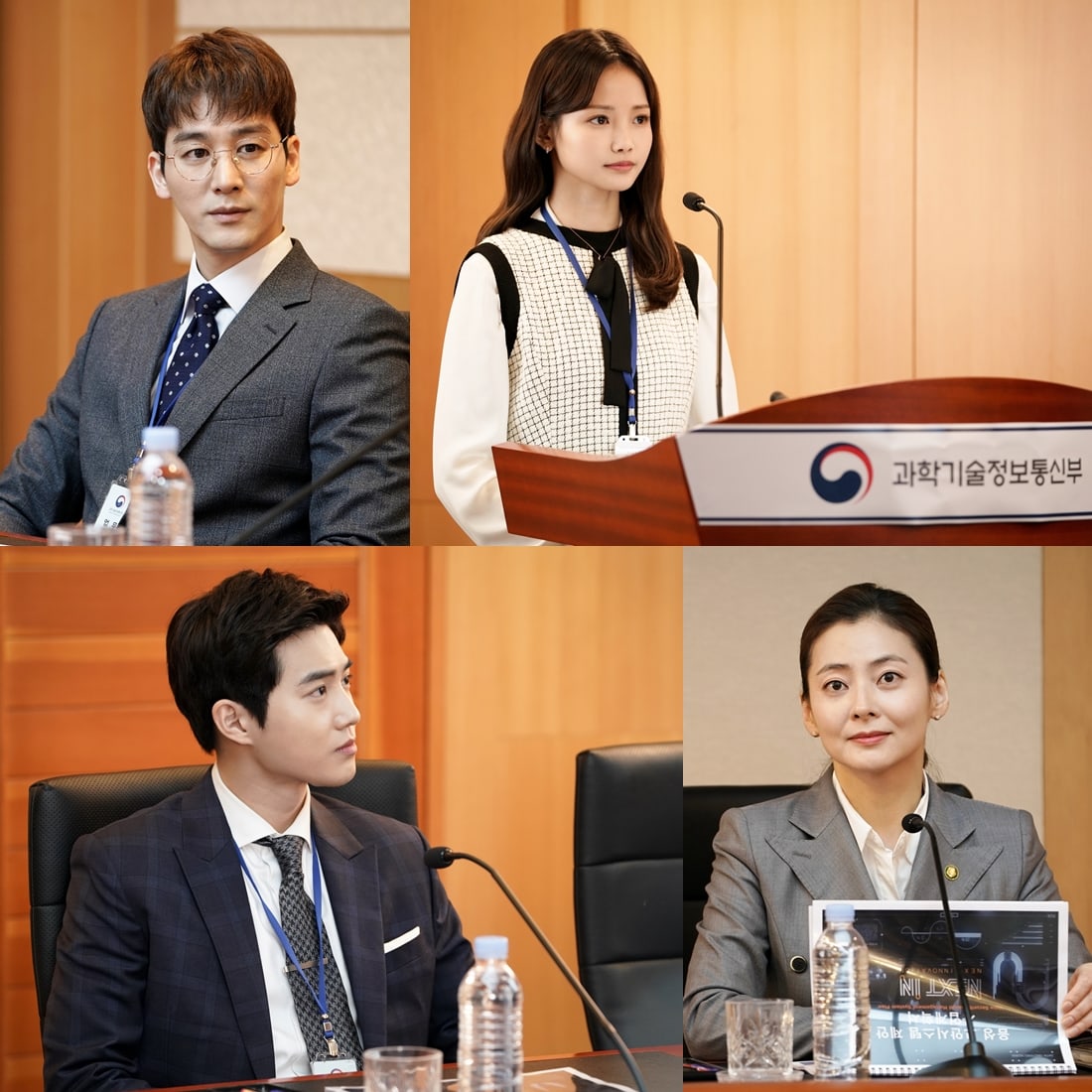 If you haven’t already, watch the first episode below!