HaHa and Kim Jong Kook brought the laughs on their show “Big Picture 2.”

On the April 25 episode, the two “Running Man” co-stars talked about exes and jokingly threatened to expose each other’s past romantic relationships.

The CEO of a mobile game company came on the show to promote his newest game. HaHa followed up on their previous conversation and asked, “I heard that your ex-girlfriend works in advertising. Are things going well [with the advertisement]?”

He responded, “She totally bailed on me. While working with my current girlfriend and ex-girlfriend, some problems arose, so we decided to no longer work together and remain exes.”

He added, “I recently ran into my ex-girlfriend when I was with my current girlfriend. My girlfriend saw me flinch and we argued.”

Kim Jong Kook then put the spotlight on HaHa and asked, “What do you do when you see your ex-girlfriend?” HaHa answered, “Recently, I was happily watching the drama ‘Return‘ when she suddenly appeared, so I abruptly stood up.”

He added, “It suddenly felt like my bladder was about to burst, so I went to the bathroom. But my wife was just calmly lying down and watching it.”

HaHa then turned the tables on Kim Jong Kook and asked about the time he filmed a show with his ex-girlfriend. Kim Jong Kook answered, “It’s something that happened a really long time ago. I was a boy. I was such a young boy. Don’t carelessly say that it was love. It felt like she was someone I didn’t know.” 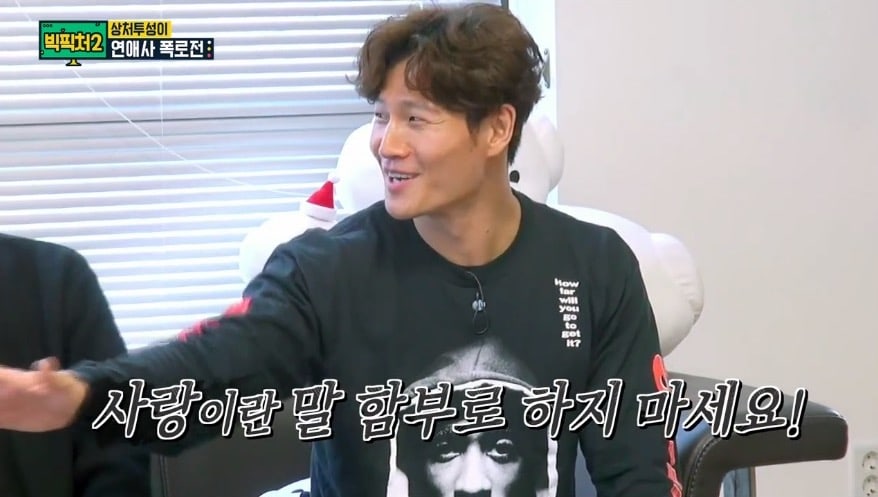 HaHa said that he made sure to watch the broadcast and added, “You tried hard to act natural.”

Kim Jong Kook stated, “Isn’t it common sense that she shouldn’t have appeared?” and expressed that they should avoid each other.

To seek revenge, Kim Jong Kook then asked HaHa how he would feel if his wife Byul’s ex-boyfriend appeared on TV. HaHa made everyone laugh by answering with profanity that was censored for broadcast. 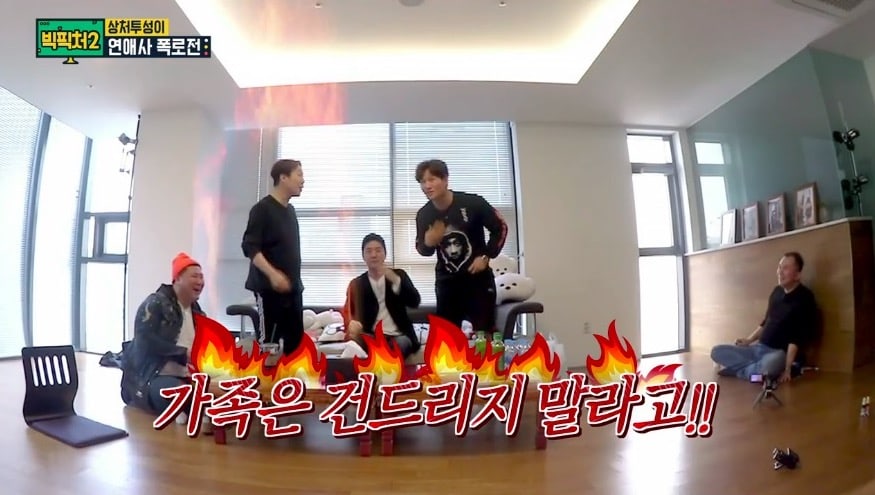