Haha Hilariously Reveals To Jessi That “Showterview” Saved His Marriage

On the Christmas Eve episode of Showterview With Jessi, viewers were in for a treat when special guests Haha and his wife, Byul came on! As you can imagine, the interview was absolute chaos, but only in the best way possible. 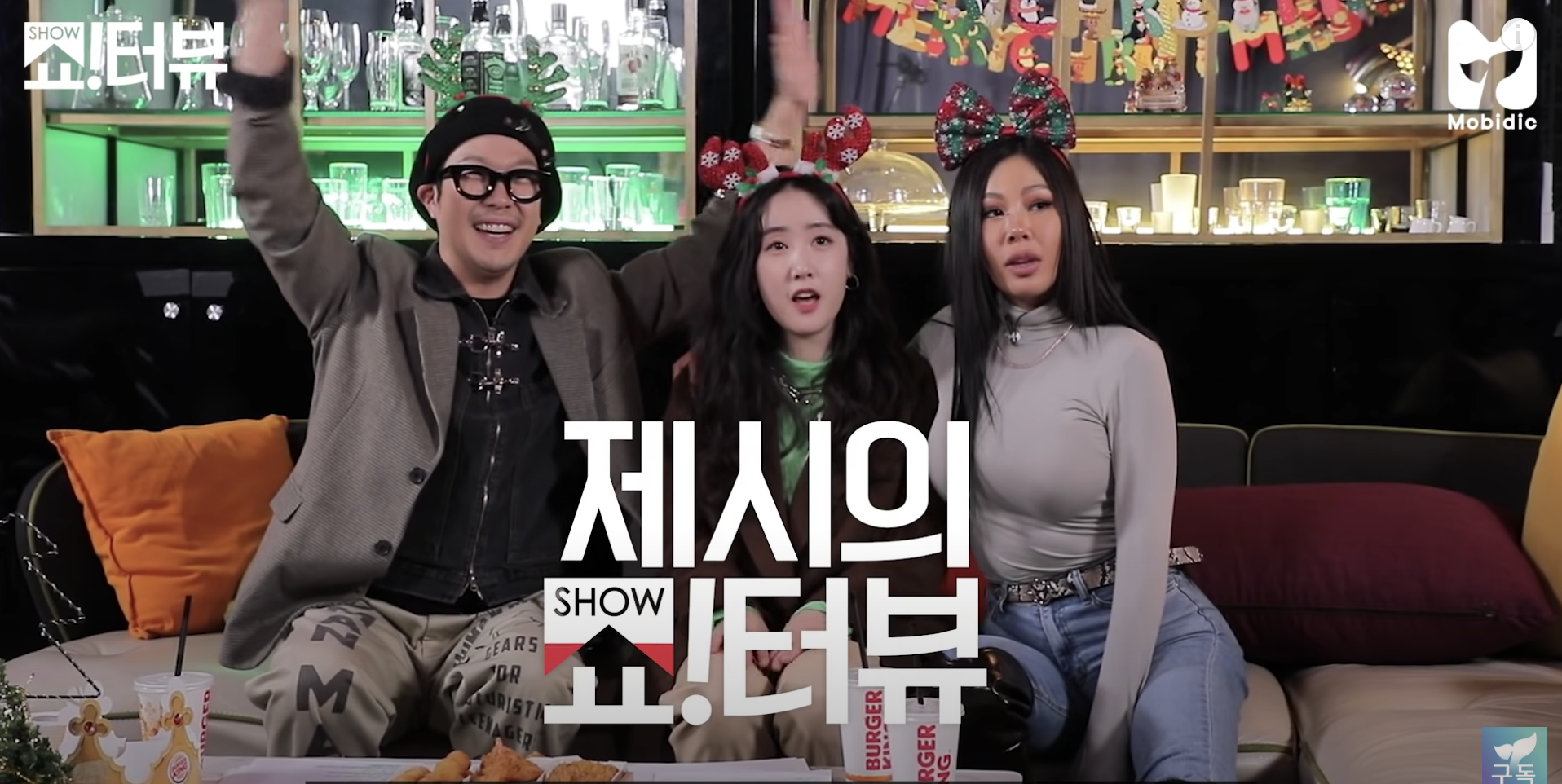 The interview starts off with Haha recognizing the immense popularity of the show, showing a flashback of when Haha predicted that the show would do well.

When I came out on Showterview, I knew that it would do well but I didn’t think it would do this well.

The show then brings on Haha’s lovely wife, singer Byul who reveals that she has watched the show before. She specifies that she watched Haha’s episode and expressed her cute irritation when she admitted that thought his episode seemed stage. It was to Byul’s confession that Haha had an hilariously honest response.

Honestly, I was really mad at him at the time.

Our relationship was kind of in a dangerous place. Showterview With Jessi saved our marriage. We almost took our papers to court!

As the trio continued to talk, Jessi randomly brings up that she has provided a gift for Byul who is not only a wife, but a mom to three young children. When the Burger King meal was brought out, Haha responded in the most Haha way possible erupting the studio in laughter.

Wow! The gift you prepared for us is an advertisement?!

Before they started getting into the love related concerns of viewers, Haha and Byul shared their love story for everyone tuning in. Byul shared their interesting proposal story that happened at the Mapo-Gu District Office, where they went to register their marriage.

I hate surprises. I hate the thought of kneeling and proposing. So it happened at a place I never thought it would happen. It happened at the Mapo-Gu District Office the day we went to go get our marriage license.

After concluding their love advice for their viewers, Byul ended the interview by sharing some advice with Jessi and all the other singles out there.

Whenever my single dongsaengs ask me what kind of guy they should date, we always tell them that you need to find someone with the similar humor as you.

To which Jessi fully agreed by saying,

That is the most important thing. This (points to face), you don’t need it.

Watch the entire hilariously chaotic episode of Showterview With Jessi with special guests, Haha and Byul down below!