A certain WINNER member has stolen the hearts of young girls on “Half-Moon Friends!”

On the April 23 episode of the new JTBC variety program, the idol group WINNER meets the children they’ll be working with for the first time. The children are aged between 4-7.

When Nam Tae Hyun sits down with some of the children, they first refer to him as “ahjussi” (a term usually used for middle-aged men) before correcting it to “oppa” (older brother).

Smiling brightly, Nam Tae Hyun says, “That’s right, I’m an oppa. All the other members are ahjussis but me. I’m the youngest. I’m also the best looking.”

But the little girls don’t agree! “No, I think that oppa is the best looking,” one of the girls says, pointing at Kim Jin Woo passing by. Quite a few of the other girls agree, saying, “Mr. Joo Joo [Jin Woo’s nickname] is cool.” 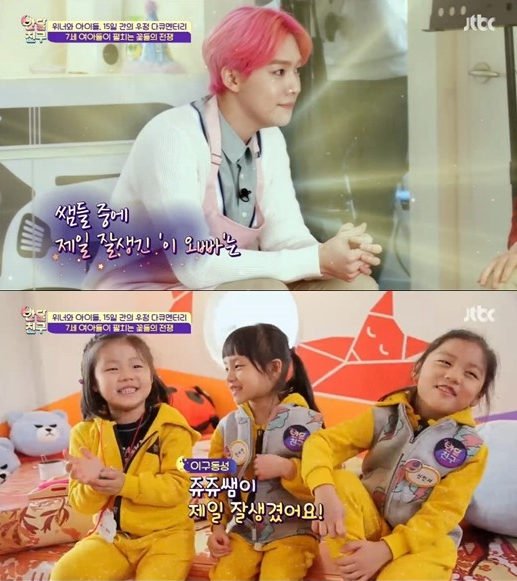 When an adult later asks Kim Jin Woo if vocals are his specialty, he says, “No, it’s my face.” In a later interview, he says, “I think I got along better with the girls than the boys.” 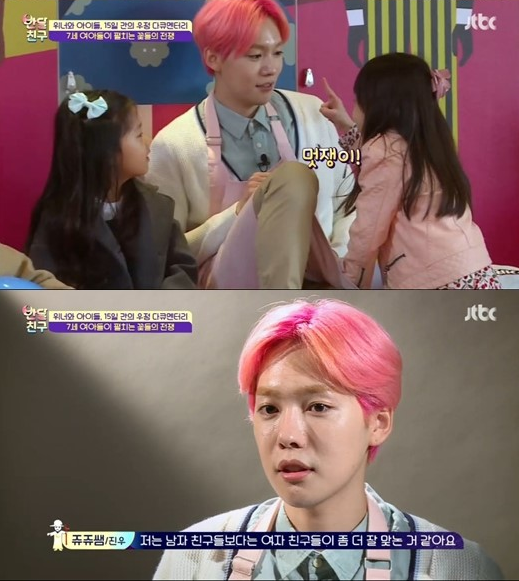 What do you think of the kids’ honesty?