Han Ga In will make her comeback to TV screens after six years through the upcoming OCN drama “Mistress.”

“Mistress” is a remake of the BBC show “Mistresses” and will tell the story of four women with dark secrets who get swept up in a murder case.

Han Ga In introduced her character Jang Se Yeon. She said, “Two years after her husband’s death, mysterious things keep happening around her leading her to believe that he’s still alive. Even though she looks bad on the outside, she’s tough and has a lot of secrets.”

She also revealed the reason why she chose to appear on “Mistress.” “The drama was very interesting,” said the actress. “The organization and formation of the script were new, so viewers can also enjoy watching it with suspense.” 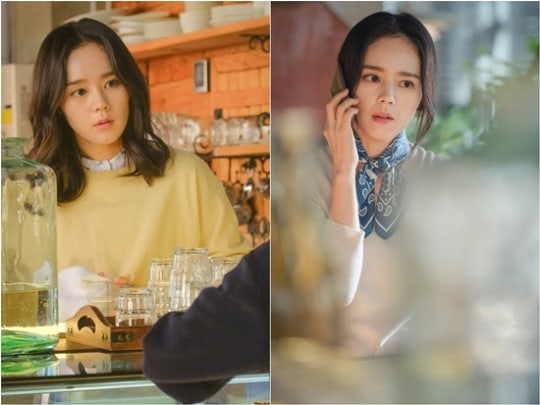 Although it’s her first attempt at this kind of genre, Han Ga In said that she enjoys reading and watching mysteries.

She continued, “In the drama, Jang Se Yeon’s husband isn’t there, so I worked hard to fill that vacancy. It made me think about the life history of the character Jang Se Yeon. I wrote a diary entry every day as if I was Jang Se Yeon to try to read her situation, and wrote down the middle process that wasn’t in the script to imagine her feelings.”

Han Ga In added, “It’s my comeback after a long time, so I’m working hard to adjust well. Since it’s my first time doing this genre and role, I prepared a lot and am very nervous. I hope the viewers can view me as Jang Se Yeon herself through ‘Mistress.’ That’s how much I want to sympathize with the viewers.”

“Mistress” will premiere on April 28 as the follow-up drama to “Children of the Lesser God.” Check out the teaser here!