Han Ji Min spoke about her decision to appear in the upcoming film “Miss Baek.”

On September 27, the actress attended the press conference for “Miss Baek” at a movie theater in Yongsan. The film tells the story of a woman named Baek Sang Ah (played by Han Ji Min) who becomes a convict after trying to protect herself. She meets a child who is similar to her (played by Kim Si Ah), and she fights to protect the child from the cruel world.

About the difficult transformation she underwent to play the film’s lead role, Han Ji Min said, “It was a challenging opportunity to transform into a new kind of character, look, and personality from [the roles I’ve played] in the past. However, the reason why I chose [to appear in] ‘Miss Baek’ was not because of this transformation or the opportunity to take on a new challenge.

“It was because when I read the screenplay, I thought that the characters Sang Ah and Ji Eun [Kim Si Ah’s character] were people out there in the world whom I could have unknowingly passed by or ignored. I felt a strong urge to embrace Ji Eun, who was in that kind of [abusive] situation.”

She continued, “Whenever I came across stories about child abuse, which were heartbreaking to the point where they were difficult to bear, I found them hard to face. I chose this film thinking that if viewers saw [child abuse] through a movie, they would feel things differently, from a new perspective.”

Han Ji Min added, “It may be hard to watch a film about this topic, but I think that these kinds of films and dramas need to exist in order to raise people’s interest and contribute to a change in society.” 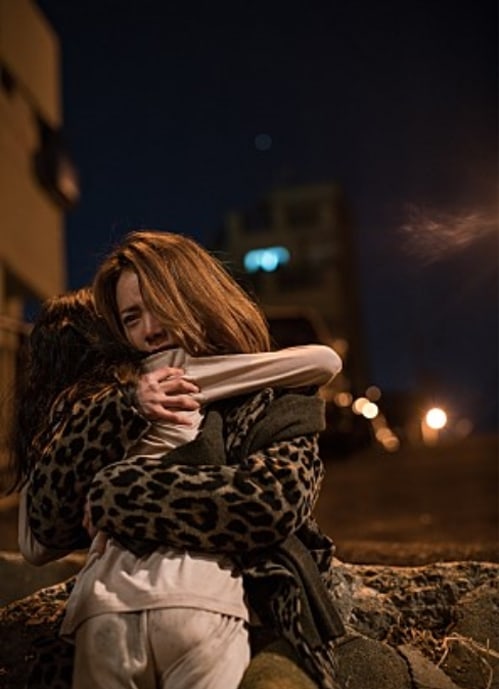 “Miss Baek” will be released on October 11.

In the meantime, check out Han Ji Min in her latest drama “Familiar Wife” below!