On October 8, Han Ji Min was interviewed by the weekly entertainment show at the 2018 Busan International Film Festival.

The actress co-hosted the opening ceremony with actor Kim Nam Gil. When the interviewer asked about the experience, Han Ji Min said, “The stage was really slippery, so despite it being my first time meeting him, I relied on his arm a lot.”

She explained, “He walked slowly for me and constantly checked on me by asking if the speed was okay. He’s really cheerful. I thought that he was a quiet person, but it didn’t feel like it was the first time I met him. It felt as if he was someone I had known for a long time. It was really fun.”

In a video message to Kim Nam Gil, she said, “I didn’t fall and was able to walk the red carpet well thanks to you. Thank you so much and let’s meet through a project next time.”

The actress also shared a behind-the-scenes story from her latest film “Miss Baek,” saying, “I heard that the director saw my name on the casting list and said, ‘We got it.’ But he said that he was shocked seeing me walking confidently holding a clutch bag under my arm at the film wrap party.”

She concluded the interview by picking her personality as her charming quality. “I have a comfortable personality,” said Han Ji Min. “The junior actors say that I’m not a difficult person.” 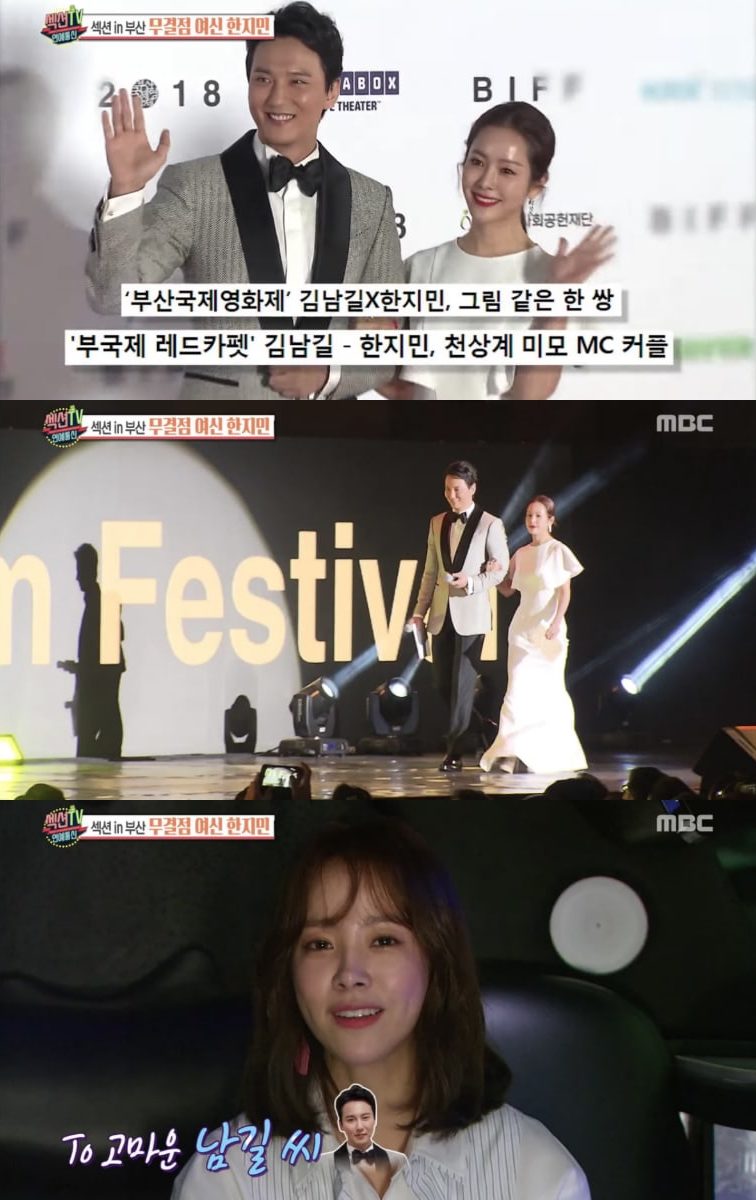 Check out the latest episode of “Section TV” below!