“Radiant” tells the story of a woman named Kim Hye Ja, who loses all the time she’s been given before she can use it (Kim Hye Ja, Han Ji Min), and a young man named Lee Joon Ha, who throws away the brightest days of his life by living a listless life (Nam Joo Hyuk).

The film set was full of warmth and brightness with the cast getting along. Han Ji Min and Nam Joo Hyuk brightens up the atmosphere of the set with their big smiles. They also take a photo with Kim Young Ok who helped their characters become one step closer to each other. 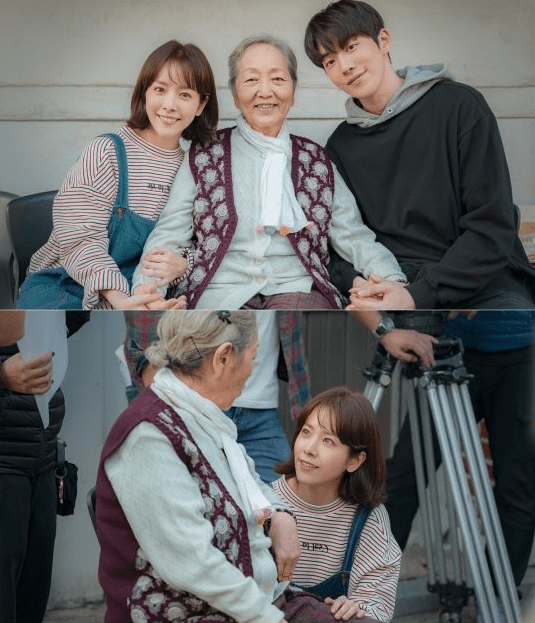 The photos prove Han Ji Min has unbeatable chemistry with all of the actors. Ahn Nae Sang and Han Ji Min give off real father-and-daughter vibes as they laugh brightly together. Nam Joo Hyuk also shows affection for his on-screen grandmother Kim Young Ok by smiling sweetly at her despite the fake blood running down his head. The behind-the-scenes cuts alone gives us a sense of their unique affection for each other as well as their solid teamwork. 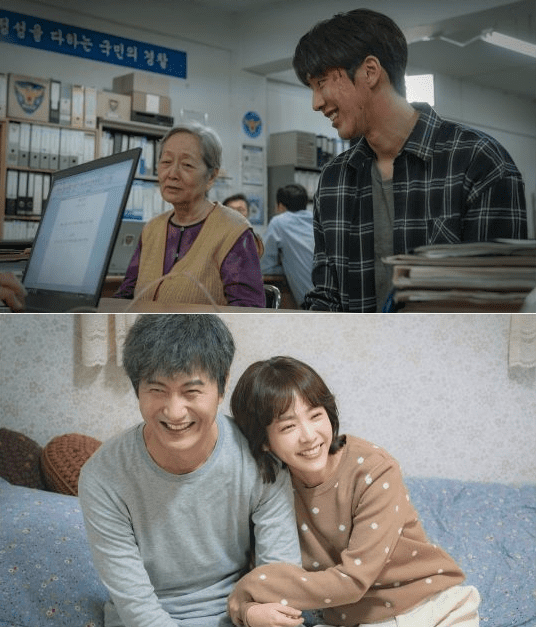 In the previous episode, the 25-year-old Hye Ja who turned the clock upside down to save her father disappeared, and only Kim Hye Ja in her 70s is left. Lee Joon Ha lost his grandmother and experienced emptiness and greed. The viewers are looking forward to what other events these two characters will experience in the future.

Star watching the drama below!