Han Seo Hee Claims She Tried Her Best To Stop B.I From Getting Involved With Drugs

As the drug controversy involving iKON‘s B.I, Han Seo Hee, and YG Entertainment continues to unfold, Han Seo Hee took to Instagram to express her feelings regarding the issue.

In a long explanation, she claimed that she tried to stop B.I from getting involved with drugs “until the very end“. 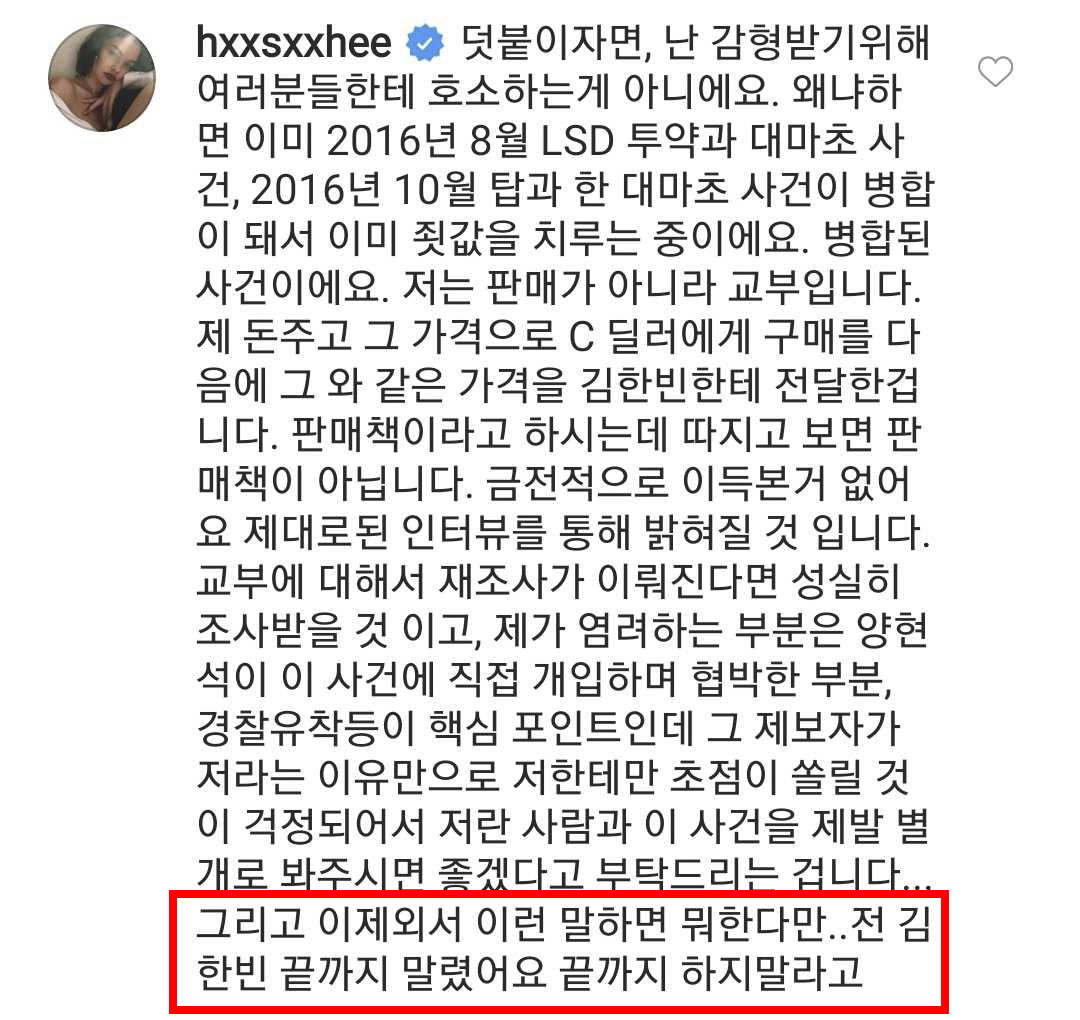 And it may be no use for me to say this now but.. I tried to stop Kim Hanbin until the end. I told him not to until the very end.

She also begged the public to focus on the real issue at hand. She claimed that the two important key factors to this controversy were how Yang Hyun Suk allegedly intervened in the drug cases and the possibility of police corruption.

She claimed it was important to get to the truth of these matters instead of focusing the hate on her. 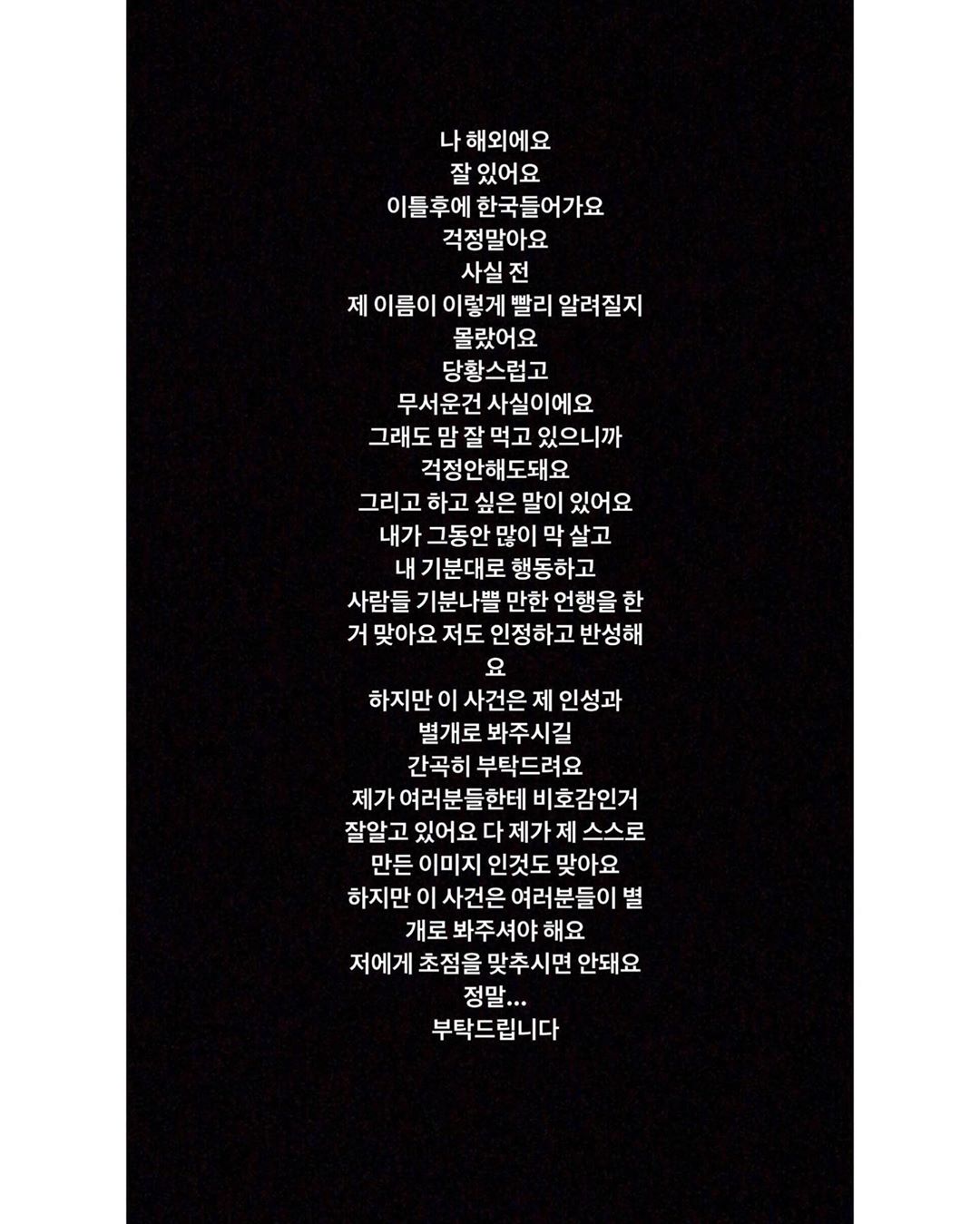 Truthfully, I didn’t know my name would be revealed so quickly. To be honest, I’m shocked and scared. But I’ve made up my mind so don’t worry.

And I also want to say something. It’s true that I’ve lived my life recklessly, doing whatever I felt like doing, and doing things that make people angry. I admit it and am reflecting over it.

But please differentiate this case from my character. I earnestly plead of you. I know everyone hates me, and I know it’s the consequences of my actions. But please look at this case away from me.

You really mustn’t look at this with me as the focus. Seriously… I ask of you.

Additionally, I’m not revealing this to everyone for my penalty to be reduced. Because I’m already paying the price for using marijuana and LSD back in August 2016, as well as T.O.P’s marijuana case from October 2016. They are connected cases.

I’m not the seller but a middle man. I paid my own money to Dealer C and delivered it to Kim Hanbin for the same exact price. They say I sell drugs but if you really consider it, I’m not the seller. I never made monetary profit, and everything will be revealed through a formal interview.

If an investigation opens regarding my role as the middle man, I will cooperate fully. The aspects that I’m worried about is the part that Yang Hyun Suk personally intervened and threatened me and the corrupted police.
Those are the two main important issues, but I’m worried that people will only focus on me solely because I am the informant. That’s why I’m asking you to differentiate me from the issue…

And it may be no use for me to say this now but.. I tried to stop Kim Hanbin until the end. I told him not to until the very end.