Han Ye Seul’s Surgeon Opens Up About The Medical Accident

Han Ye Seul, a medical personnel, and her surgeon have spoken up about her medical accident.

Last week, Han Ye Seul posted a photo of a wound and revealed that a medical accident occurred during a surgical removal of a lipoma. The hospital where she received the surgery responded with a press release and apology for the mishap.

A medical expert commented, “It’s not a big illness. Lipoma is a common illness that can occur in any part of the body. [Because the patient was a celebrity,] they made an incision in an area far away and forcibly created a tunnel to go up.”

The expert continued, “This incident occurred while they were trying to give special treatment to a special patient.” VIP Syndrome, the adverse influence that famous patients can have on the sound medical judgment of otherwise excellent physicians, has been brought up as a potential cause for the medical accident. The expert said, “In principle, there’s no reason to do [the procedure] like this.” 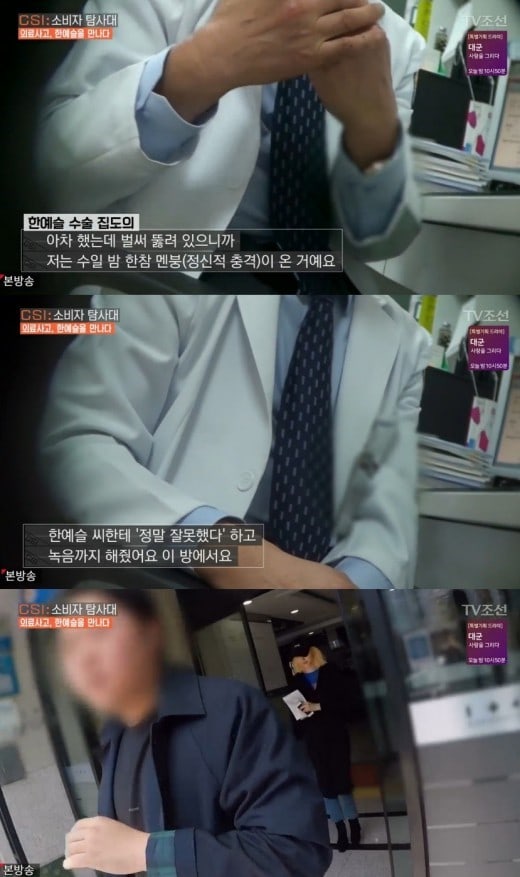 The operating surgeon who performed the procedure said, “I thought ‘oh no,’ but it was already pierced open, so I had a mental breakdown for a few days. It was my fault.”

He continued, “I caused her harm with the surgery and I apologized by saying, ‘I’m really sorry’ to Han Ye Seul and recorded it for her. I’m in a state of shock.” He added that he was suffering to the point where he cannot sleep properly.

Han Ye Seul said that she has not yet been contacted for compensation and thanked fans for creating a petition for her.