HA:TFELT (Yeeun) talked about one of her biggest regrets on MBC Every1’s “Video Star.”

On the May 8 episode, HA:TFELT said, “I regret publicly dating. I’m not the type who regrets things, but after [publicly] dating, men felt burdened because they knew who I dated.”

She continued, “At the time when I was publicly dating, fans’ interference was a bit difficult. When I first announced it, they congratulated me. But when I did ‘lovestagram,’ they said, ‘Don’t post things like this.’ I couldn’t understand it then.” The term “lovestagram” refers to when couples show they’re dating by sharing similar photos or communicate with each other publicly through posts on Instagram.

She added, “I can understand it now. I recently had a crush on someone and it made me think about how I also don’t want someone I like to like someone else.” 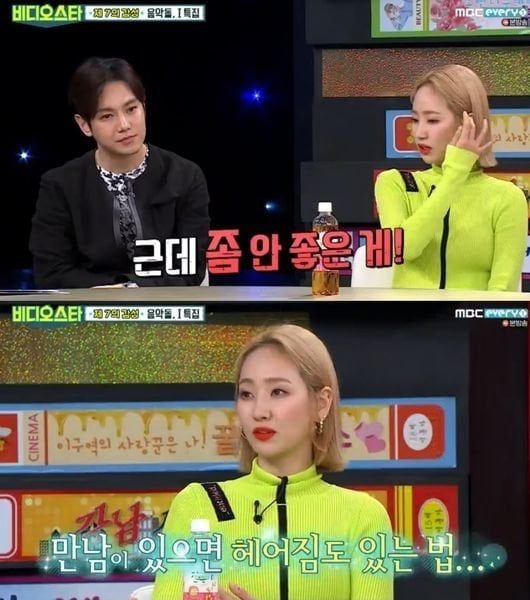 HA:TFELT most recently made a comeback with her new track “Pluhmm” off her single album “Deine.”