The director of upcoming drama “He is Psychometric” has shared behind-the-scenes insight!

The upcoming tvN romantic thriller drama stars GOT7’s Jinyoung as Yi Ahn, a guy with psychometric powers, and Shin Ye Eun as Yoon Jae In, a girl who is trying to hide a secret.

The director Kim Byung Soo previously impressed with dramas including “Nine” and “Queen In Hyun’s Man.” On his new drama, he commented, “In existing fantasy dramas, the supernatural powers of male leads tend to be perfect powers on almost godly levels. It was interesting to me that Yi Ahn of ‘He is Psychometric’ has powers that are not refined at all.” 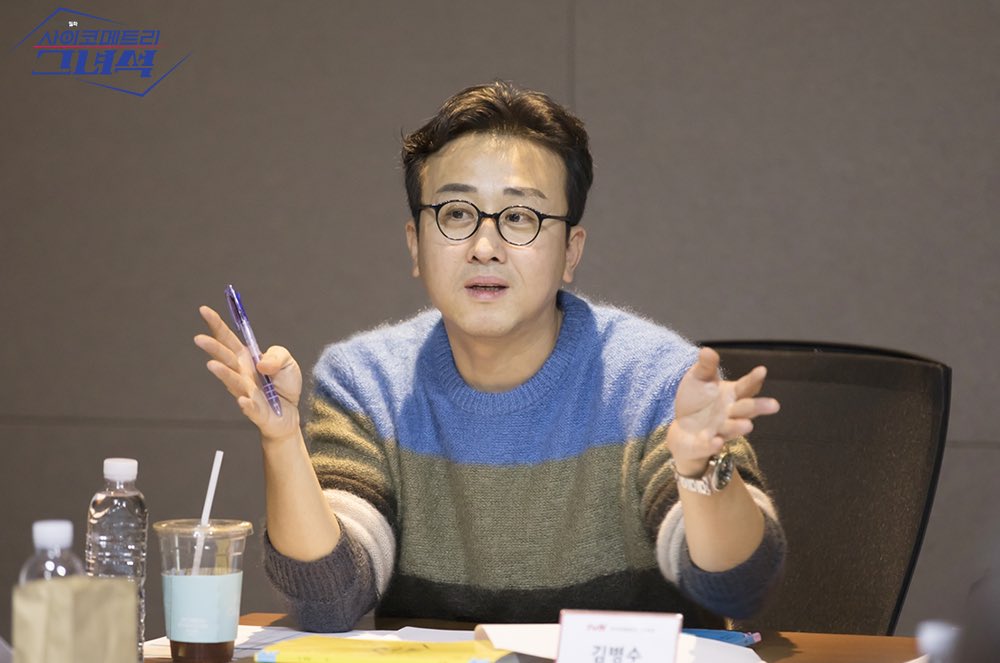 Regarding Jinyoung, he said, “Park Jinyoung has played younger counterpart roles for a long time, and he has worked his way up in his position as an actor to the point of playing the leading role in a film. Especially in his previous project ‘A Stray Goat,’ it was memorable to me how he excellently expressed emotions for a part where he had to act with only facial expressions and no lines.”

Kim Byung Soo continued, “He previously played a lot of darker characters, but I was certain that the image of a lively and cute guy would also suit him. He has naturally bright energy, and seeing his diligence in everything that he does and his manner, I think he is an actor with strong potential.”

About Shin Ye Eun, Kim Byung Soo revealed, “Shin Ye Eun was already a star to teenagers from her web drama ‘A TEEN,’ but she drew curiosity from our production team that is older. However, when I met Shin Ye Eun at our first meeting, her looks matched perfectly with the character Yoon Jae In, and I felt potential the moment I saw her. How could I express this? The feeling just came, so I met her several more times and put in effort.”

The director explained about their casting, “Kim Kwon has a naturally great physique and stable acting. Kim Dasom really has the greatest passion for acting.” He continued, “The younger Kang Sung Mo in the drama has to express more with his eyes compared to the adult Kang Sung Mo, and I felt that actor Jo Byeong Gyu is fitting for the character as he has both a rebellious vibe together with a soft image.”

“He is Psychometric” will premiere on March 11 and air on Mondays and Tuesdays at 9:30 p.m. KST.