February 16, tvN’s upcoming supernatural romance thriller “He Is Psychometric” dropped a fresh batch of character posters for GOT7’s Jinyoung, Shin Ye Eun, Kim Kwon, and Dasom, as well as a couple poster for the main pair.

“He Is Psychometric” is about a boy named Ian (played by Jinyoung), who is able to read a person’s secrets through physical contact, and a girl named Yoon Jae In (Shin Ye Eun), who harbors a closely-guarded secret.

Ian, the fledgling psychometrist, reaches forward in his poster, which reads, “What do you think? This is enough to be considered an official psychometrist, is it not?” belying his amateur control with overflowing confidence.

The rest of the characters stand in front of Ian’s outstretched hand. Yoon Jae In’s poster says, “I want you to figure out the secret that I’m hiding.”

Kang Sung Mo (played by Kim Kwon) is an outwardly cold but warm-hearted prosecutor who is close to Ian and treats him like a little brother. He says, “You’re going to make it. As Korea’s first psychometrist.”

Eun Ji Soo (played by Dasom), a tough but clumsy detective who strives for justice, likewise expresses her confidence in Ian. Her poster reads, “Never doubt your abilities. I’ll help you to the end.”

“He Is Psychometric” airs on March 11. 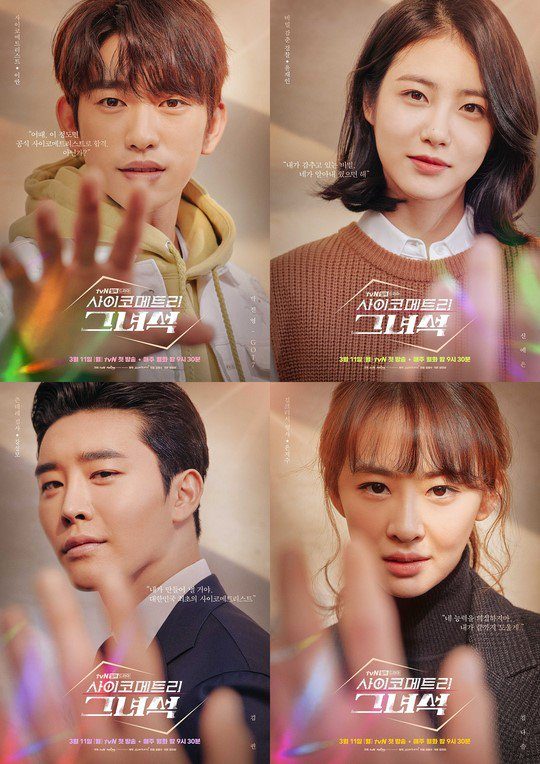 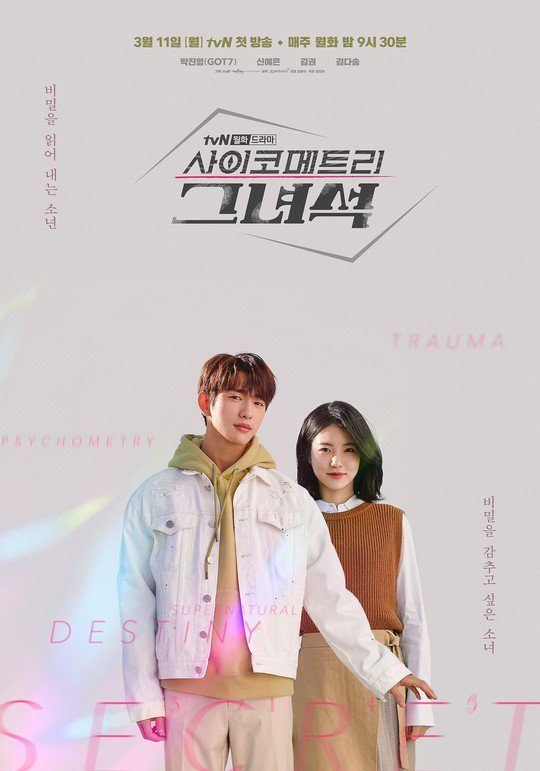