The latest episode of TMI News was certainly a special one as the guest stars were ENHYPEN‘s Jay and Heeseung as well as TXT‘s Taehyun and Hueningkai!

During the episode, MC Jang Do Yeon asked, “Who do you think is the wealthiest member in ENHYEPN?” While Jay hesitated and said, “I’m not sure,” Heeseung looked to Jay and stated, “I think it’s Jay.” Shocked, Jay lightly laughed and questioned, “Oh, me?” 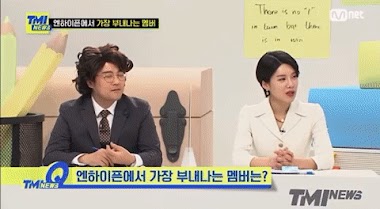 Heeseung explained that he chose Jay because of a luxurious trip they went on. On their trip, Heeseung revealed Jay had paid many of the expenses for him.

Jay and I went on a trip together once. The amount of expenses he paid for me is no joke. He brought me to a 7-star hotel. 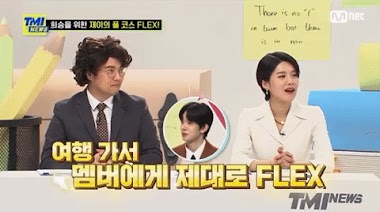 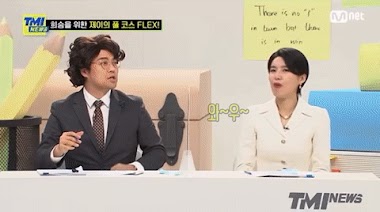 Heeseung dug deeper into the expenses and shared it included things such as the hotel of its several fun activities. Overall, Heeseung concluded that it was 6 million won (≈5,400 per person

5 million won…It’s more than that. The cost for the three-day stay also covers some stuff like golf, house club, and some sport facilities inside the hotel. It covers everything, so it’s closer to 6 million won for 3 days. 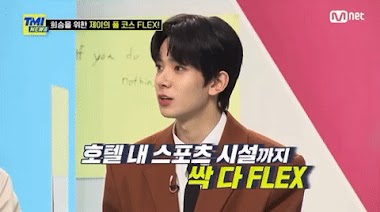 Jay confirmed everything and clarified, “It’s 6 million won person for 3 days.” Hilariously, Taehyun and Hueningkai commented that they want Jay to bring them along for his next fun trip. Taehyun added, “Let me go on that kind of trip with you (jay) too.” 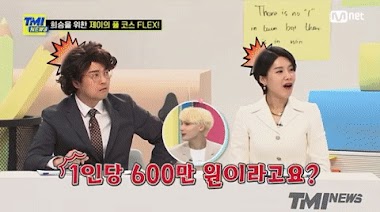 Jay explained that the expenses were not as much as it sounds because his father actually runs a travel agency. Though he was trying to water the hype down, Jay’s reveal of his father’s business further shocked everyone. 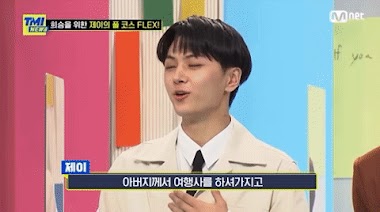 Once again, Taehyun chimed in and asked Jay, “We’re close friends right?” Apparently, Taehyun was felt Jay’s wealth from when they were trainees.

I already felt that he wasn’t ordinary since were were trainees. He’d go around wearing all these necklaces and rings. When I would practice, I would just wear stretched out clothes, but he’d be wearing the cool ones. 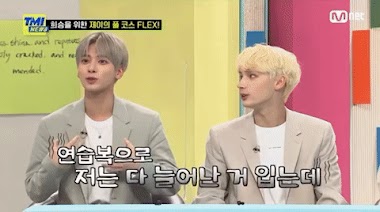 Jay then turned adorably shy from all the attention and claimed, “Oh, I’m embarrassed.” 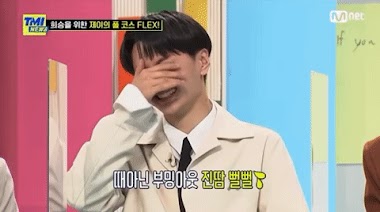