Hell Is Other People just finished airing its 4th episode and it’s already gotten the viewers completely freaked out by the creepy contents!

In episode 3, Lee Dong Wook‘s character, Seo Moon Jo, shares raw meat with Im Siwan‘s character, Yoon Jong Woo. He claims that it tastes good because it’s “really good meat” and that he has meat from “another part” if he doesn’t like it. 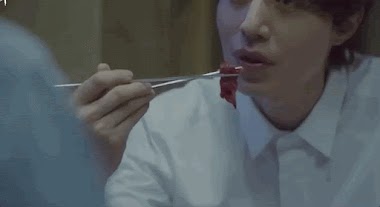 Seo Moon Jo is a dentist who is beloved by his peers on the outside but is surrounded with mystery as he appears to have an evil side to himself. 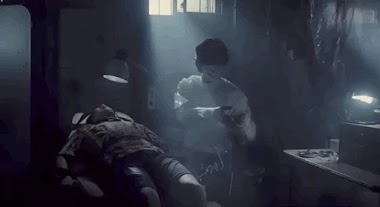 When Yoon Jong Woo is unsettled by the meat’s taste and Seo Moon Jo’s demeanor, Seo Moon Jo asks, “Why are you so surprised? Are you scared this might be human meat?” 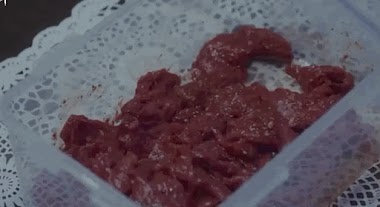 The scene caused viewers to be so freaked out that the production staff had to release a statement and reassure them that they did not use actual human meat for the scene.

The meat that appears in episode 3 is not human meat. It was a prop, and it would be best to interpret the scene as Seo Moon Jo using it to provoke anxiety in Jong Woo.

The drama is based off a webtoon-series that tells the story of a young man from the countryside who moves to the city to find work. He stays at a rundown dorm-like apartment where all of his neighbors appear abnormal and mysterious.

Check out the creepy scene below: