MAMAMOO is a K-Pop group known and praised for their vocal skills, and for good reason! All of the girls are powerful vocalists, and fortunately, all of them get plenty of time to show off their skills. Even so, if you take a look at the line evolutions over time for each member, you can notice a trend in most of them. The graphs below show how each member’s amount of lines have changed since their debut, and it’s interesting to look at! Check out all four below. 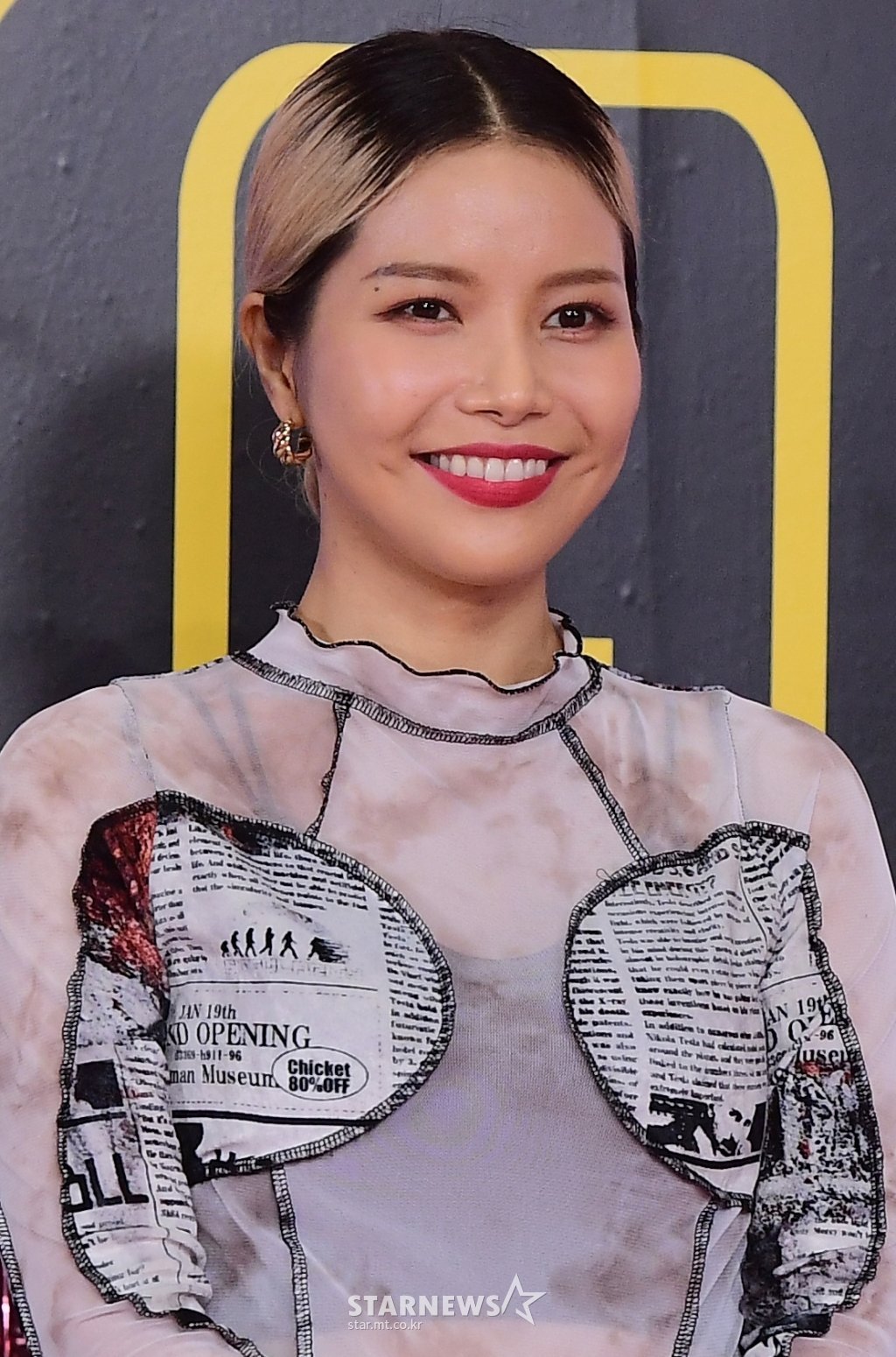 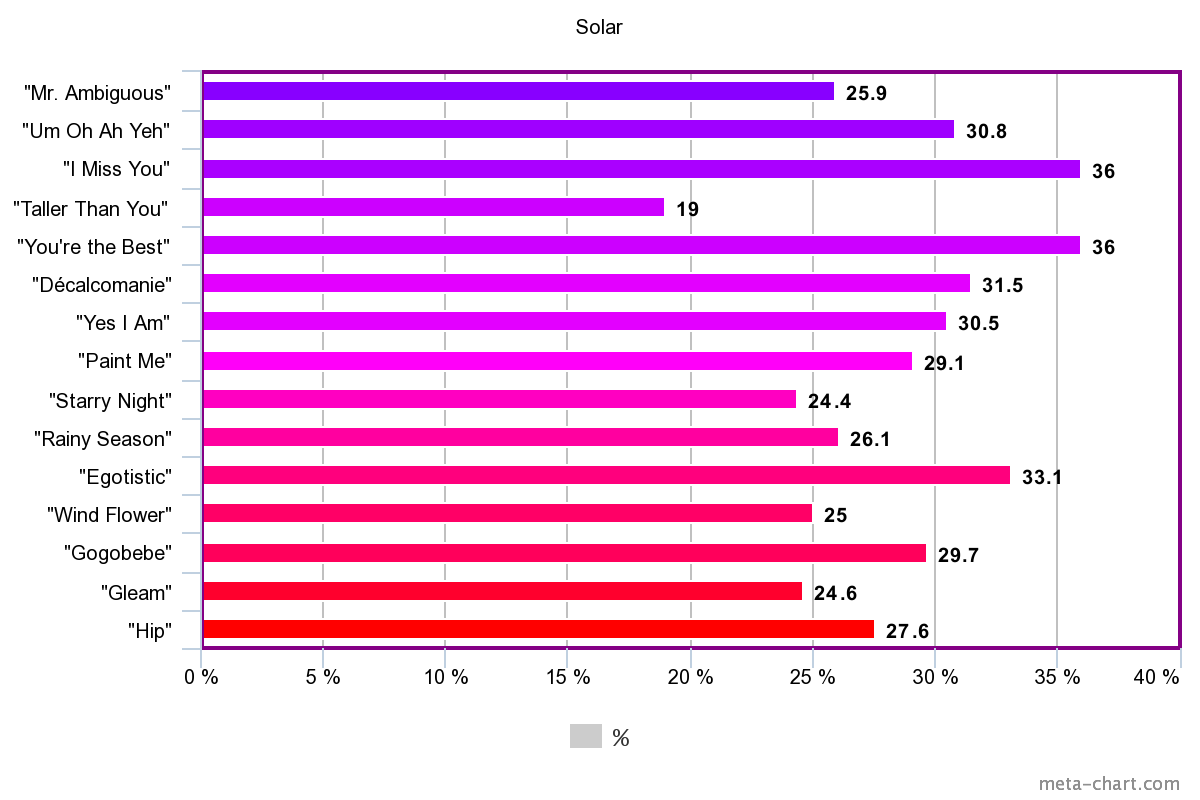 Solar has the most lines overall in MAMAMOO by just a little, with 28.6% of the total lines belonging to her. She has a gorgeous, rich voice, and she definitely deserves all of the center time! It does appear that she has a slight downward trend in her lines over time, but it’s not that noticeable, and since she still has the most lines anyway, it’s doubtful that this will really be an issue at any time! 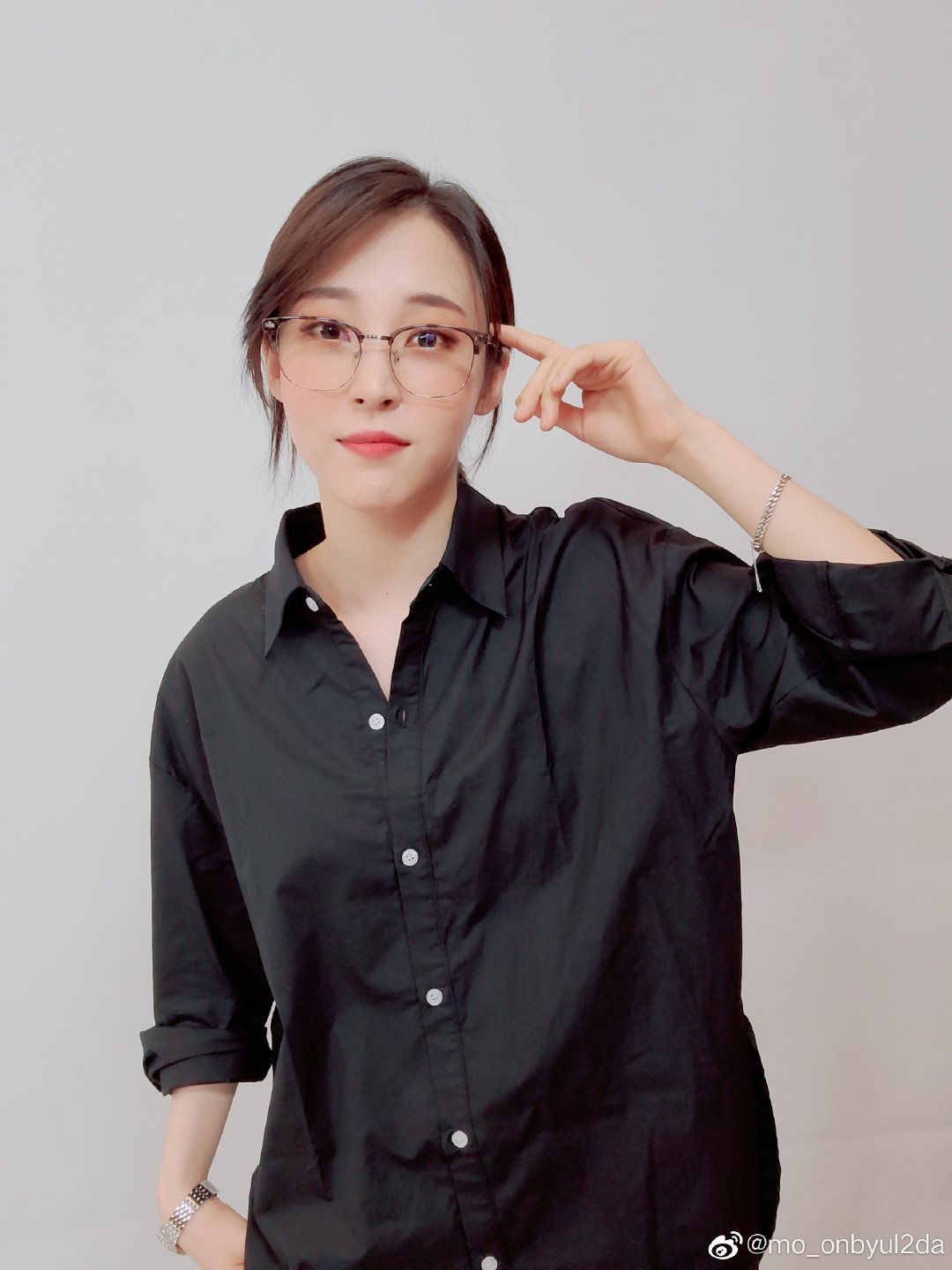 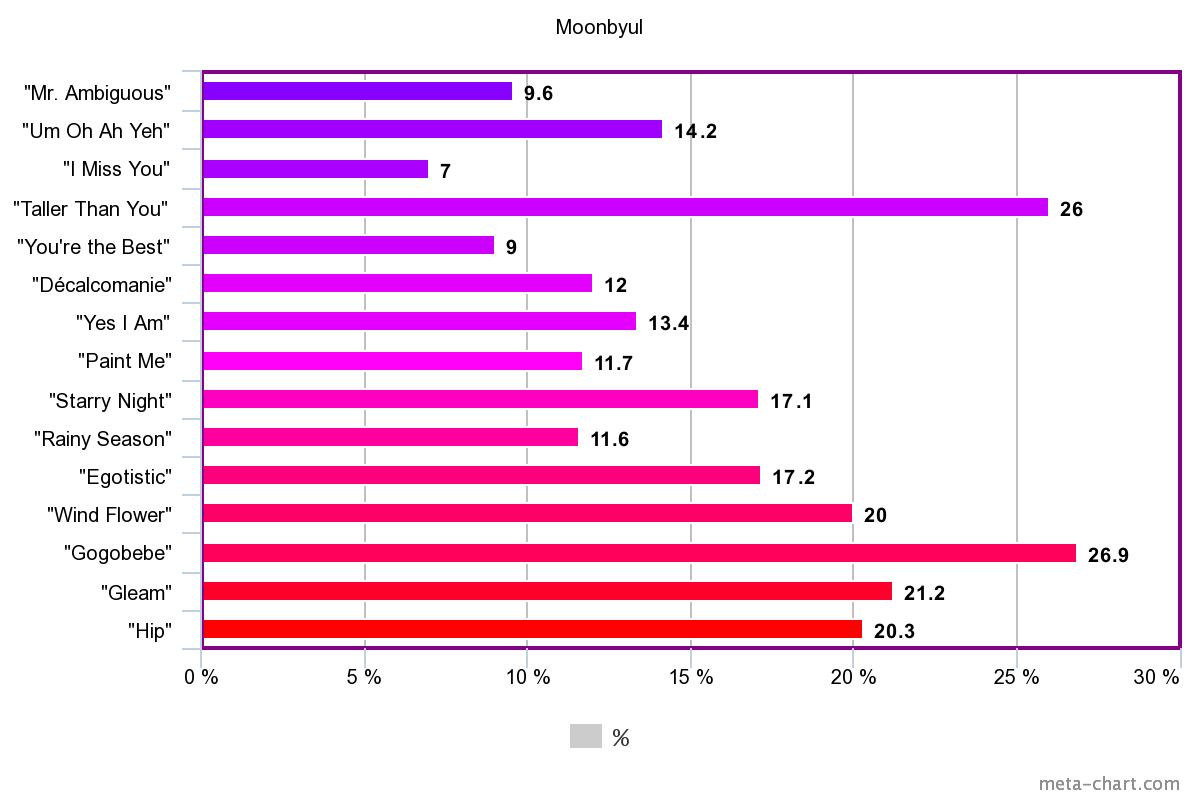 Moonbyul, perhaps unsurprisingly, has the least lines overall in MAMAMOO, with 15.8% of the total lines belonging to her. In a group that’s known for its powerful vocals, this isn’t surprising for her, since she is the main rapper of the group! And fortunately, she shows the clearest trend in her lines, with her getting more and more nearly every comeback, probably as they learn how to write and produce songs to give her more time to shine. Hopefully this will continue! 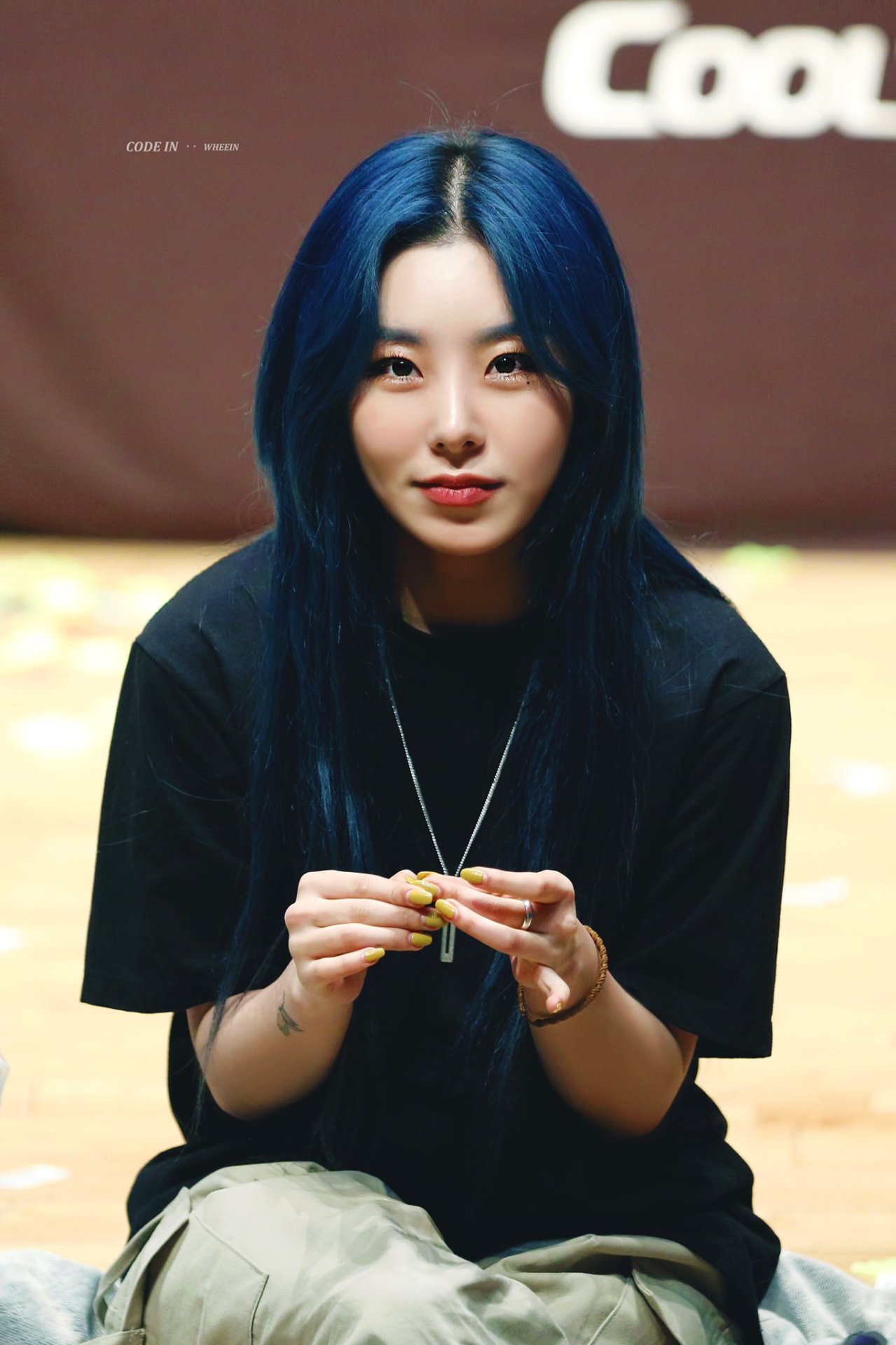 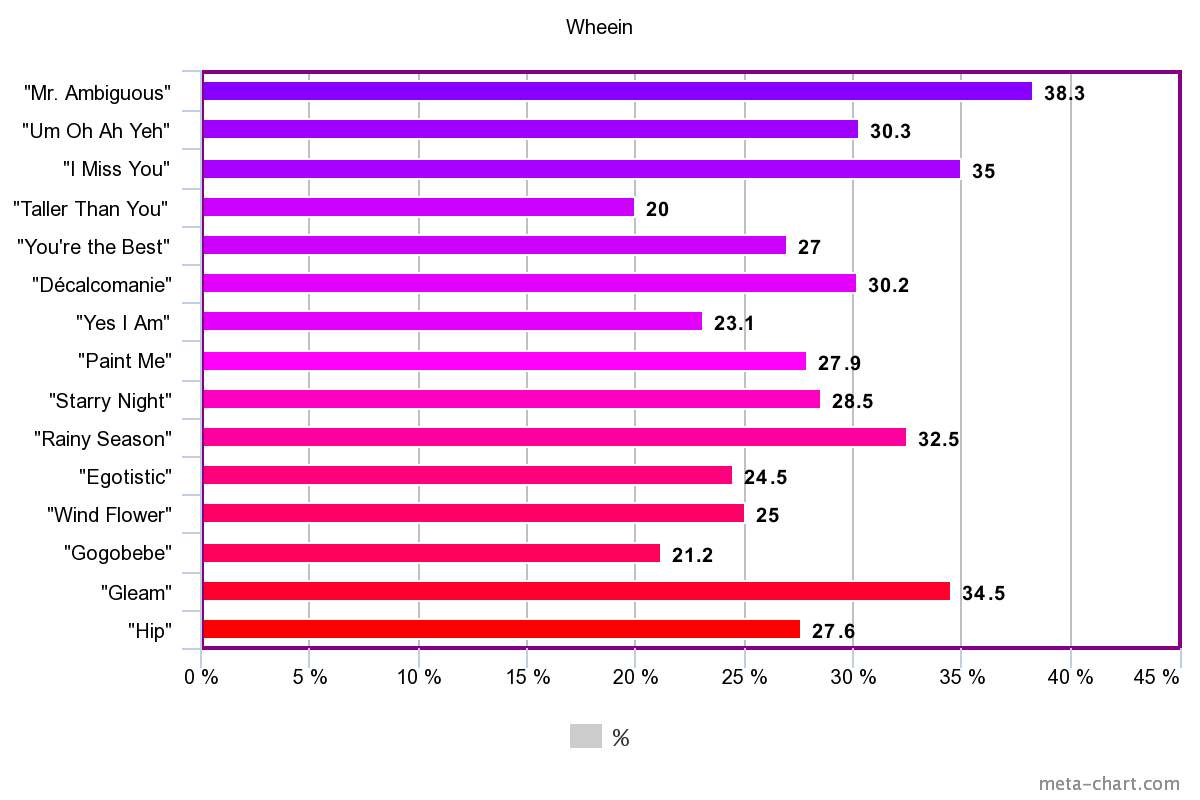 Wheein is only slightly behind Solar in terms of the most amount of lines, with 28.4% of the total. She’s also an incredibly talented singer, so it’s good to know that there isn’t a huge difference between her and Solar! Like Solar, she also seems to have a slight decrease in how many lines she’s had lately, but since Moonbyul has been having more lately, there has to be a trade-off somewhere, and it doesn’t seem unfair when Wheein still gets plenty of lines! 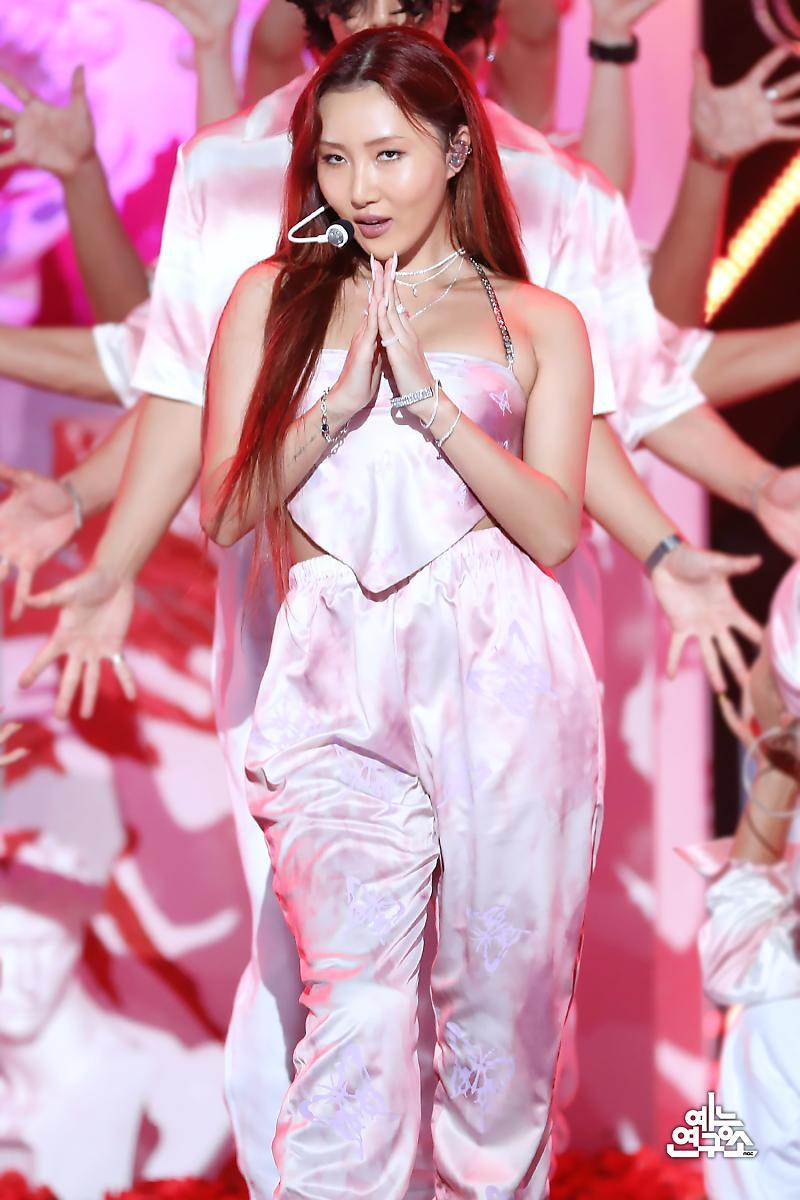 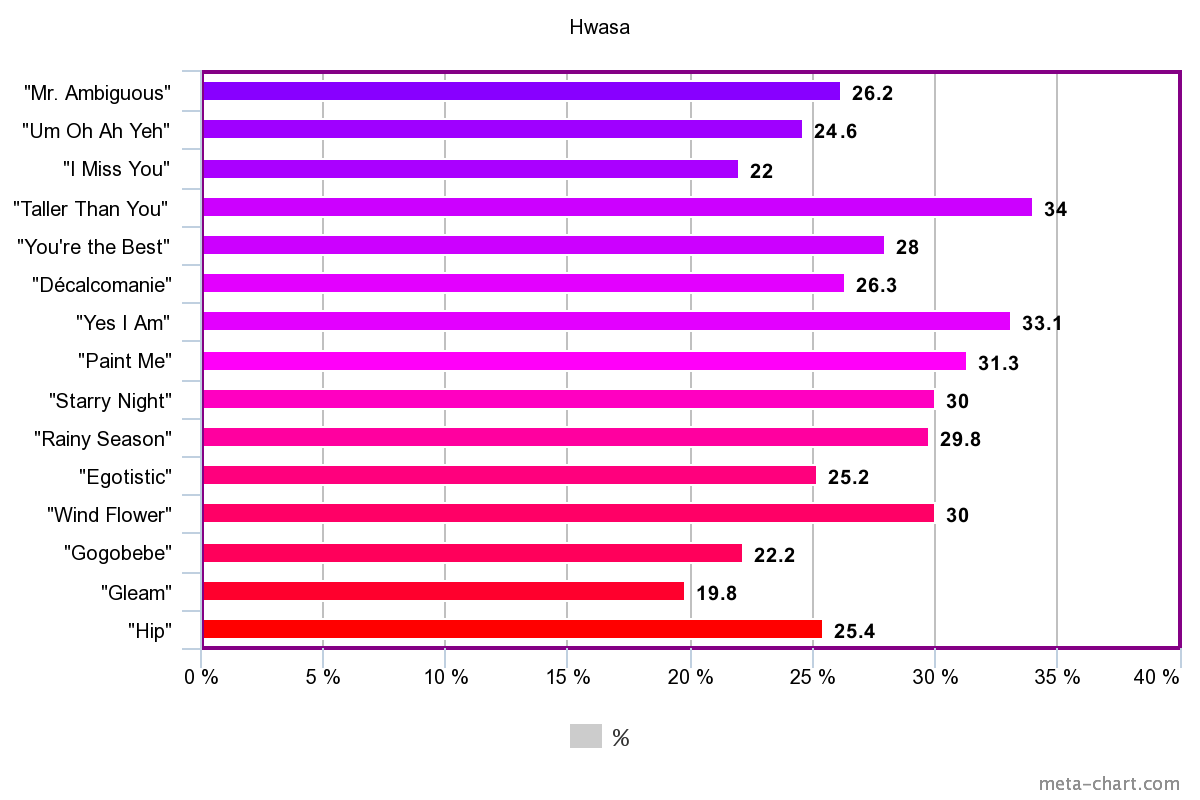 Hwasa comes in third in how many lines she gets, but again, it’s barely less than the other two vocalists at 27.2%. The three vocalists have one of the most evenly distributed lines in any K-Pop group, which is great to see! Hwasa has an interesting trend in her line evolution, with fewer lines near debut, more lines in the middle of their current discography, and a slight decrease since then, but maybe her solo career is playing a part in that. Either way, she’s still getting plenty of lines, so there’s no need to worry!