Here’s How SEVENTEEN Made The “Inkigayo Sandwich” Famous

Whenever SBS‘s Inkigayo Sandwich is mentioned, everyone knows exactly what the tasty snack is. Although the sandwich was already well-known by idols and gained attention for being a method for idols to secretly date, those weren’t the reasons it originally became famous to the public.

The potato and egg salad sandwich with a layer of strawberry jam became famous thanks to SEVENTEEN. Here’s how a single event for the group’s fans put the unique sandwich onto everyone’s radar and sparked its popularity worldwide.

Back in 2018, the boys of SEVENTEEN wanted to prepare something special for the loyal fans who came to their recording despite the hot weather. Since they were at the SBS building, it made perfect sense to buy Inkigayo Sandwiches for Carats as a one-of-a-kind treat.

The group even uploaded photos of Hoshi, Seungkwan, and Joshua preparing the packaging for the sandwiches themselves. As soon as the lucky Carats tasted the delicious sandwich and the photos hit the internet, everyone not only wanted to see which idols were enjoying the sandwich but how to get their hands on it.

Since Inkigayo‘s snack shop is only accessible to idols and staff, convenience stores such as 7-Eleven released their own versions of the Inkigayo Sandwich to sell to the public, who couldn’t stop raving about it. It even became so popular that people around the world searched the recipe to try it as well. It turned out that one SEVENTEEN member was the one who sparked it all. 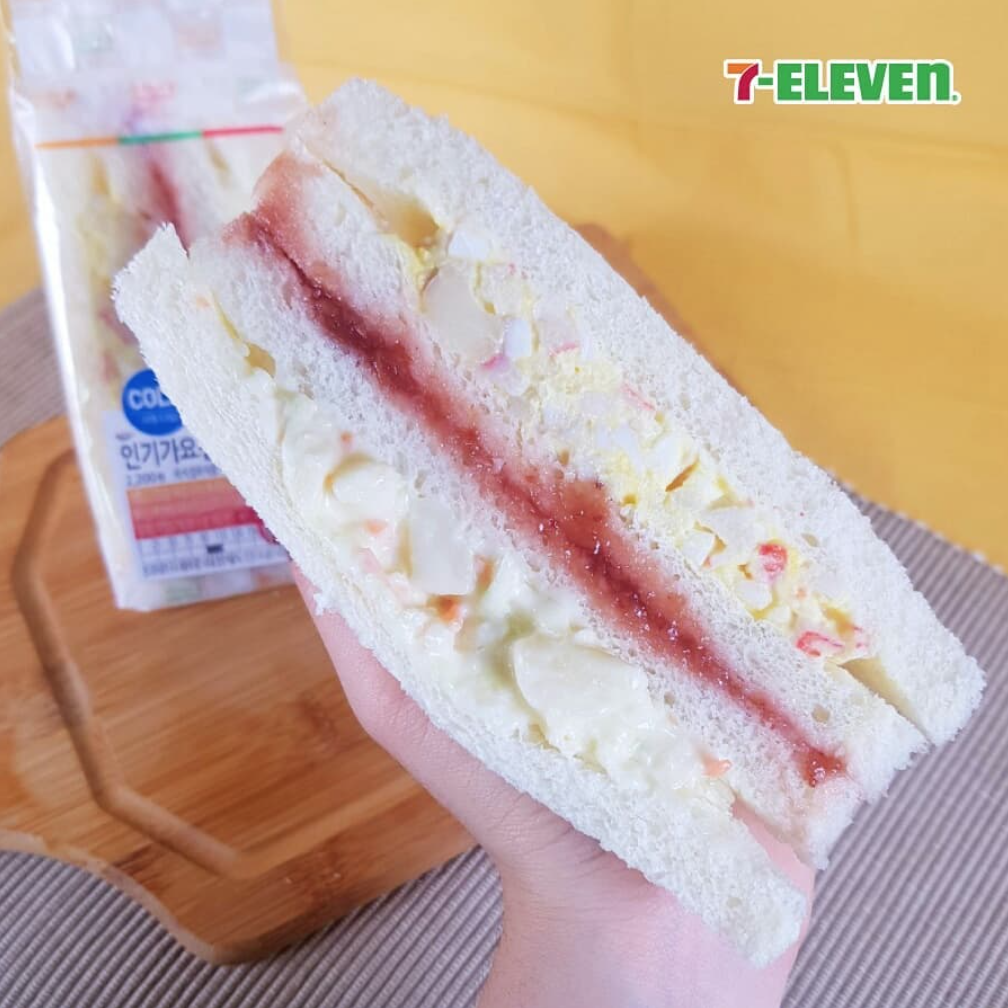 The person who reportedly came up with the idea to give Inkigayo Sandwiches to fans was none other than trendsetter Seungkwan—who hosts live broadcasts of throwback K-Pop songs that gain millions of views per broadcast and immediately sends the tracks featured to the top of Korean charts.

All it took was for SEVENTEEN to treated fans to the unique sandwich for it to become as well-known as it is today.

Although Eric Nam claimed the sandwich is no longer sold at Inkigayo‘s snack shop, the sandwich still lives on as versions of it continue to sell in convenience stores across Asia and fans make it all over the world.