It looks like singer Heyne will reveal a story about how Kangnam caused a fight between Yeeun and Jeong Jinwoon in the upcoming January 25 episode of MBC’s “Radio Star.”

Heyne and Kangnam will be guests for this week’s episode. The two singers, along with Yeeun, became close friends after being on a program together.

Since they went public back in September, Yeeun and Jeong Jinwoon have received attention for being an affectionate couple. However, it seems like Kangnam may have caused a slight deviation for the happy pair in love.

Heyne revealed, “Yeeun fought with her boyfriend because Kangnam sent her a ‘secret’ text message.”

Her surprising statement caused everyone in the studio to become highly curious. Instead of stopping there, Heyne will be telling the entire story in detail, stunning Kangnam and making him become overly defensive. 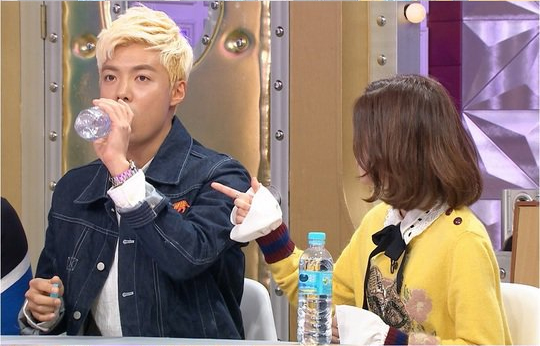 If you want to know exactly what Kangnam sent to Yeeun, tune in to January 25’s episode of “Radio Star,” airing this Wednesday at 11:10 p.m. KST on MBC.

Until then, check out last week’s episode on Viki below!