HIGH4 will soon be making a comeback!

On February 21, the group released a track list for their upcoming mini album “Blessed.” The mini album will feature five new songs in total, as well as an instrumental version of their title track “Love Line.” 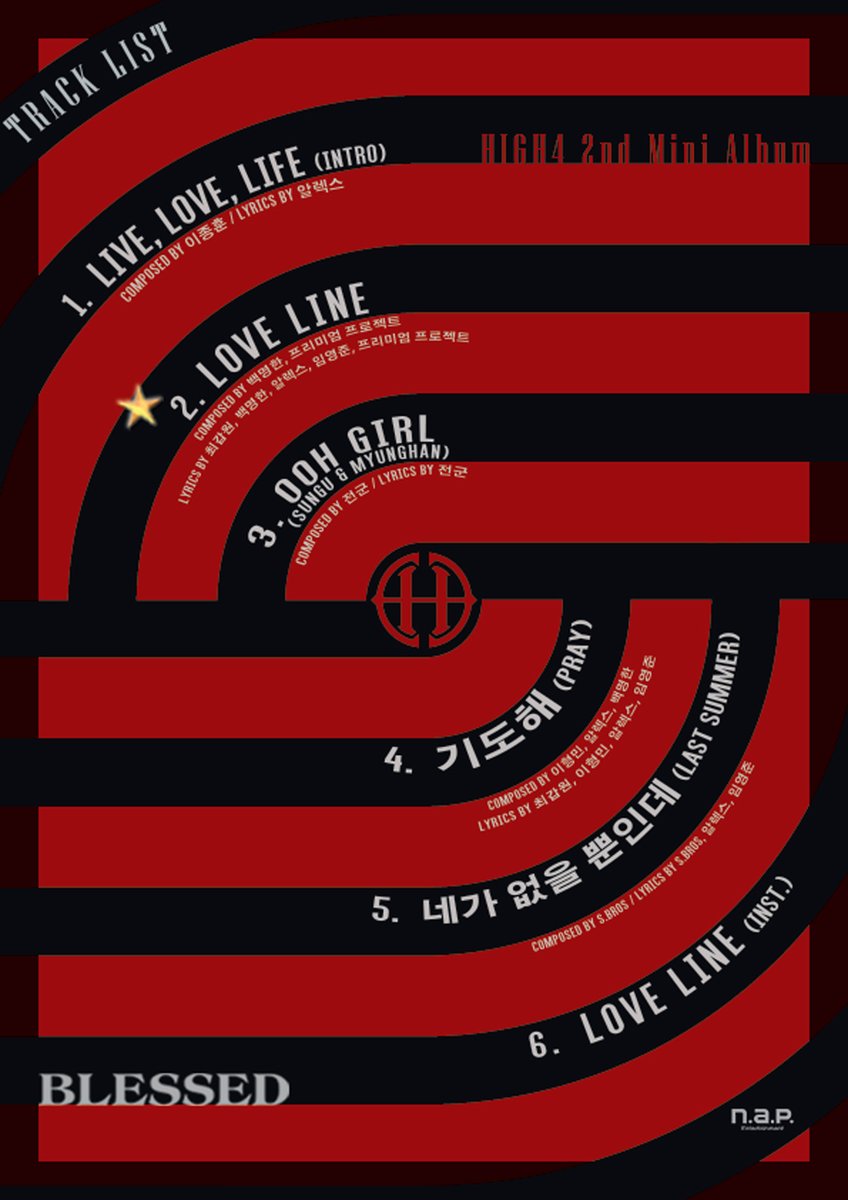 HIGH4’s new release is their second mini album, following their first entitled “Hi High” in August of 2014. “Blessed” is due out on February 27 .

It appears that member Sunggu will be promoting with the group for this comeback, as his name is listed on a track on the mini album entitled “Ooh Girl,” along with Myunghan. Their agency previously announced that Sunggu had made a request to withdraw from the group, and that they had plans for him to continue with HIGH4 until after their Japanese promotions in March.

Are you excited for another release from HIGH4?