The guys of Highlight told a funny story about how close their parents are!

Highlight appeared to perform on a special episode of “2 O’Clock Escape Cultwo Show,” where the hosts mentioned that Son Dongwoon had previously said that the guys are like a family.

Son Dongwoon said, “It’s true, rather than being just members or colleagues, we’re like a family. Since we’re all in this together.”

When they were asked if it’s true that their parents are close, the members confirmed that they are. Yang Yoseob said, “They even eat together a lot.”

Son Dongwoon then added, “He probably doesn’t know this, but Gikwang’s mother bought 20 kilograms [approximately 44 pounds] of seasoned octopus and divided it up for the members.”

The hosts laughed over how surprised Lee Gikwang was at this news as he yelled “Why did she do that without saying anything?!” Yang Yoseob joked, “Her son is hearing about this for the first time.” 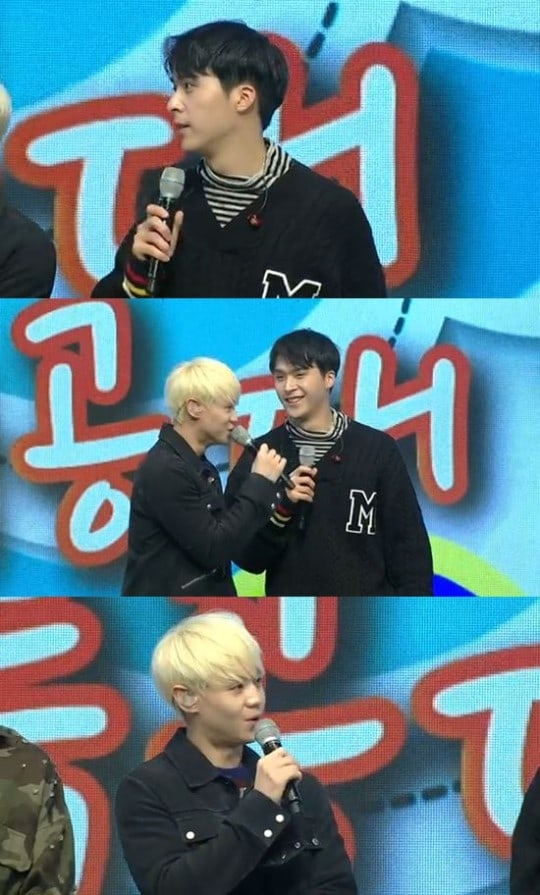 When it was pointed out that this would mean the guys would each get 4 kilograms (approximately 9 pounds) of the seasoned octopus, Yang Yoseob said, “My mother received 4 kilograms of octopus, but I didn’t get any.” Yoon Doojoon stepped in to add, “I didn’t either!”

The hosts and the guys then joked about how the members’ parents had just been sharing the food amongst themselves. During the show, Highlight also talked about how they are currently busy preparing for their year-end concerts.