“WHYNOT—The Dancer” is a reality program that shows Taemin, Eunhyuk, Lee Gikwang, NCT’s Jisung, and choreographer Lia Kim as they take on the challenge to become choreographers in Los Angeles.

On the May 5 premiere, the idols shared their perspectives on dancing. Eunhyuk said, “It was blind love when I was a trainee. Just debuting was my goal. After I debuted, it felt like my dream disappeared.”

Lee Gikwang also confessed, “I don’t think it’s easy to just enjoy it.” Taemin added, “I wanted to do well. I wanted to become the best, but it didn’t satisfy me. It didn’t meet my expectations when I thought about when I was happy.”

The three idols who are well-known for their dancing skills said they “became more hungry about dancing” and “hoped to learn currently popular dances together and use it as a way for K-pop artists to grow.” 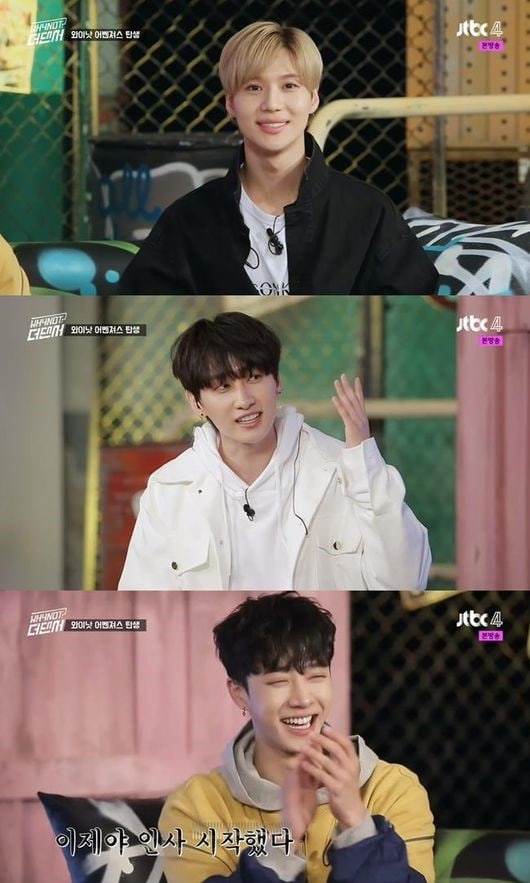 At a press conference for the show, Lee Gikwang previously said, “I was happy that I got together with members who are difficult to gather in one place and took on a new challenge together. Even though I may have been physically tired, it was a program that presented a new challenge and shock that gave me energy and motivation. All three of us said, ‘I can’t believe I sweat this much,’ while dancing for the first time in a while.”

Eunhyuk and Lee Gikwang began practicing to become global dance directors, but had some difficulty while creating the choreography. Eunhyuk recommended SM Entertainment’s top dancer Taemin and the SHINee member ran to the dance practice room after receiving the phone call.

Eunhyuk explained, “We choreograph and give it to foreign artists” and the three singers became closer as they faced their new challenge.

Chief producer (CP) Kim Hak Joon said, “We wanted to cast the best dancers in K-pop right now and kept sending offers. Thankfully, they accepted and we were able to do it together. Jisung and Lia Kim will appear around the third or fourth episode as the team’s youngest member and assistant.”