On SBS’s “My Ugly Duckling,” Honey Lee said that it was thanks to Kim Tae Hee that she had become a celebrity!

Honey Lee appeared as a special MC on the February 10 broadcast of the show, joining the MCs and celebrity moms in the studio.

Speaking about the time when they attended Seoul National University together, Honey Lee continued, “We were in the ski club together. There was a time when everyone else was clapping and partying in a calm, ladylike way, and I went all out.” Honey Lee explained that Kim Tae Hee saw her potential in that moment and suggested that she debut as a celebrity.

The actress added, “Kim Tae Hee also set up my first audition for me. It was a meeting with a director. She’s someone to whom I owe a lot.

Shin Dong Yup then asked which of the two actresses had been more popular during their college years, and Honey Lee replied, “It’s incomparable. Kim Tae Hee was like Jesus. People gathered in crowds when she walked by.” 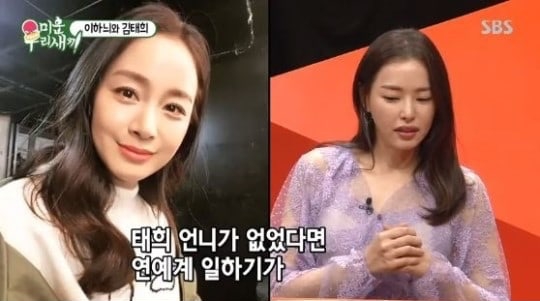 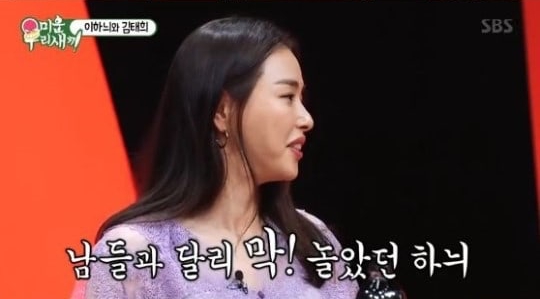 “My Ugly Duckling” airs on Sundays at 9 p.m. KST. Check out an episode below!