Hong Jong Hyun, who recently celebrated his 10th anniversary since his debut, opened up about his experience on “We Got Married,” where he was paired with Girl’s Day member Yura.

On November 9, Hong Jong Hyun participated in an interview celebrating his 10th anniversary, where he touched on his “We Got Married” days. Hong Jong Hyun revealed that he worried a lot, even before filming had started, which is why he seemed awkward on the show. He stated, “I feel sorry towards my [“We Got Married”] partner Yura.”

The actor and model said he felt burdened by his appearance on “We Got Married” from the beginning as he doesn’t consider himself to be a funny person and does’t think he has any particular talents to show. He further explained that he wasn’t sure how honest he should be on the show as its concept was about being in a virtual marriage, and his hesitation was probably evident on the screen. 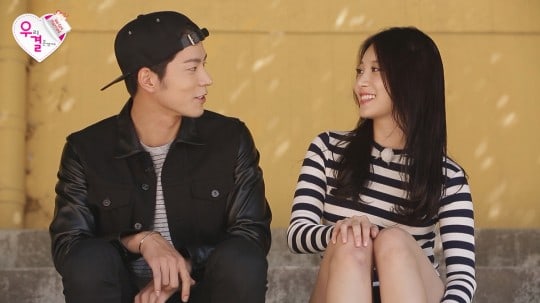 Finally, Hong Jong Hyun commented that he’s the type that takes a long time to get close to someone of the opposite gender, which is why he was so awkward. However, he shared that he and Yura got a lot closer towards the middle of filming, saying, “I even joked to her, ‘If it had been like this from the beginning, I could have done really well.’ Every time we filmed, I froze and became really stiff, which I felt sorry towards Yura for.” He added with a laugh, “I didn’t match the concept of the program, and I think that’s my fault.”

Meanwhile, Hong Jong Hyun also shared that he recently visited his “The King Loves” co-star Im Siwan in the army with others who had starred in the drama, and revealed his own plans to enlist in the army sometime early 2019.