Hui spoke about preparing a speech for the time when PENTAGON wins No. 1.

The MCs introduced Hui as the genius composer who wrote Wanna One’s “Energetic.” Lee Young Ja said, “I hear that Hui has already prepared an award acceptance speech [for when PENTAGON wins No. 1].”

Hui replied, “It’s not that I already prepared one, but it’s more along the lines of me wondering if I should do it in a cute way. But then I think, ‘No. I should do it seriously.’”

When asked to show both versions of his imaginary speech, Hui began by shouting and clapping. He said, “Thank you so much. I will work hard from here on out as well,” then made cute gestures and noises. 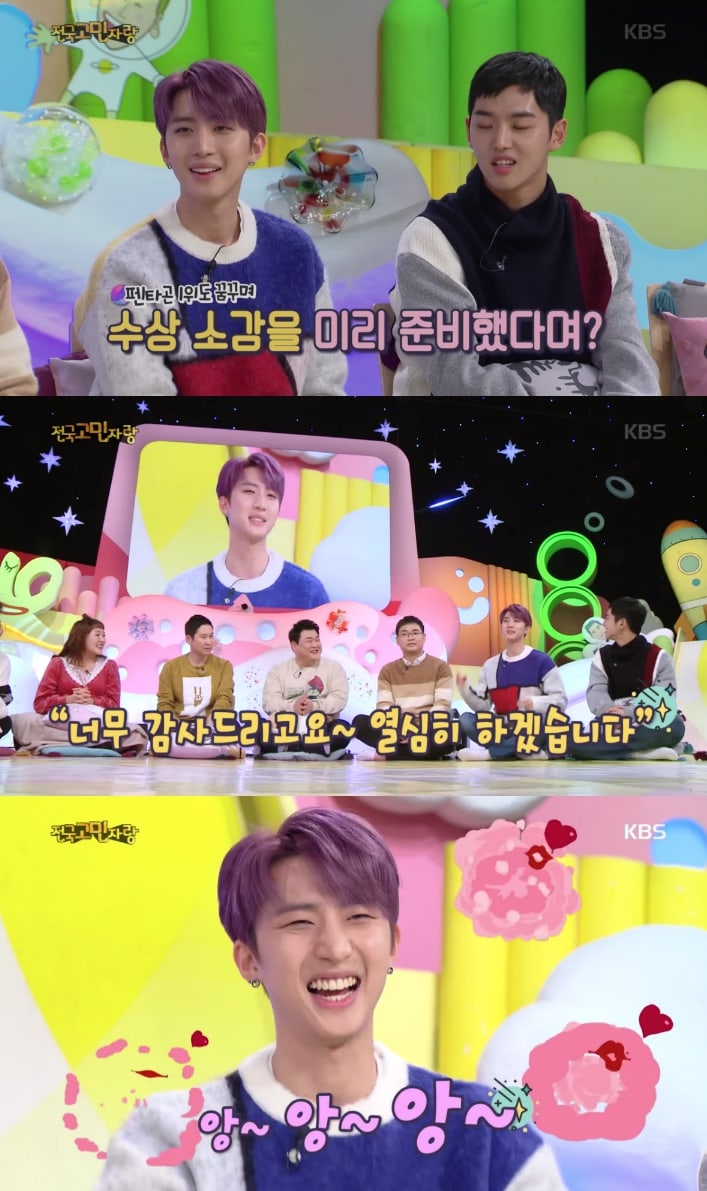 Hongseok also showed off his unique talent of doing a handstand from a sitting position. He wowed everyone with his strength and earned applause from the audience.

PENTAGON will make their official Japanese debut in February.