Hwang Chi Yeol will appear as a guest on the Hallyu Star special of “Happy Together.”

During the karaoke segment of the episode, Hwang Chi Yeol humorously talks about his popularity in China. “If you look at one of the magazines in China, Song Joong Ki and Hwang Chi Yeol are on the front and back covers,” he says, joking that they’re at a similar level in terms of popularity.

“Is Hwang Chi Yeol on the front cover and Song Joong Ki on the back?” asks Yoo Jae Suk.

“If you flip over the magazine, the back cover becomes the front. Isn’t it the same thing?” Hwang Chi Yeol hilariously remarks. 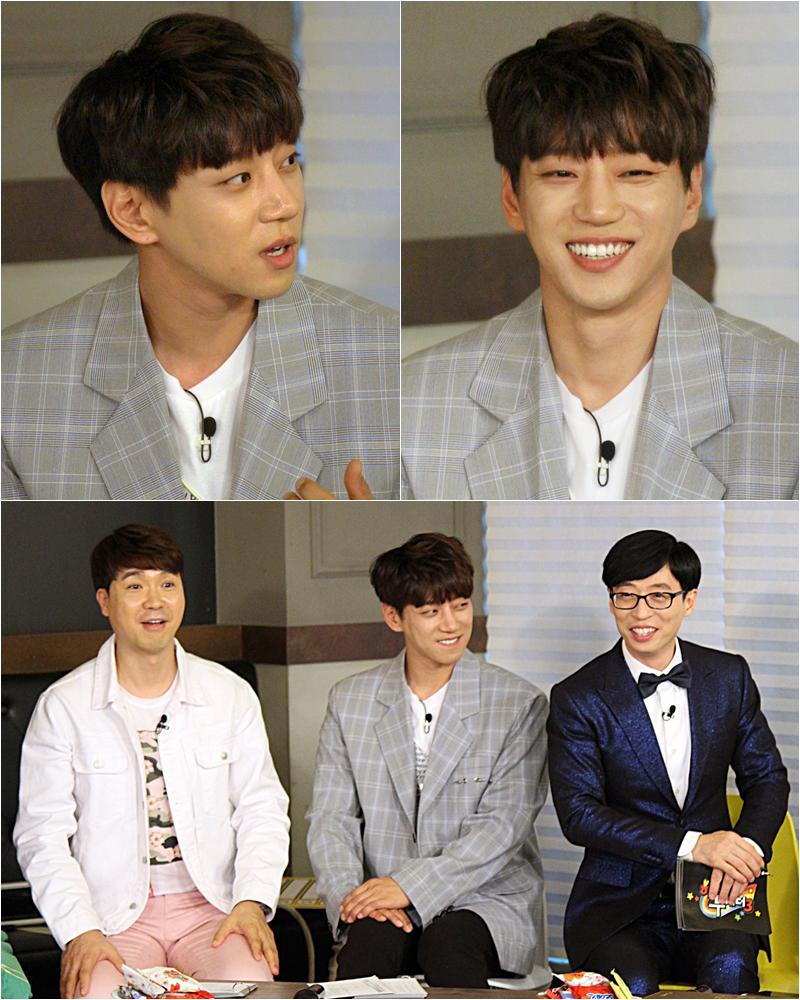 The singer then adds, “Aaron Kwok asked for a video of my concert, and I even took a photo with Darren Wang because he said he was my fan,” to which Park Soo Hong lightheartedly jokes, “If you’re that big of a person, shouldn’t you be humble?”

This upcoming episode of “Happy Together” with Hwang Chi Yeol, TWICE, Jung Seung Hwan, and Dynamic Duo will air on April 26 at 11:10 p.m. KST.

Meanwhile, you can watch the latest episode of the show below!