Hyerim Talks About How She Studies English, Her Good Grades, And Difficulties Of Translation

Hyerim shared study tips on getting good grades and talked about the difficulties of translating on the July 17 episode of “Problematic Men.”

Currently a student at the Hankuk University of Foreign Studies, the former Wonder Girls member talked about why she chose to study interpretation at the department of English for International Conferences and Communication. She explained, “For almost all individual work that I did, it was language-related, whether it was English or Chinese. Since I did that kind of work, I found out where I was lacking.” 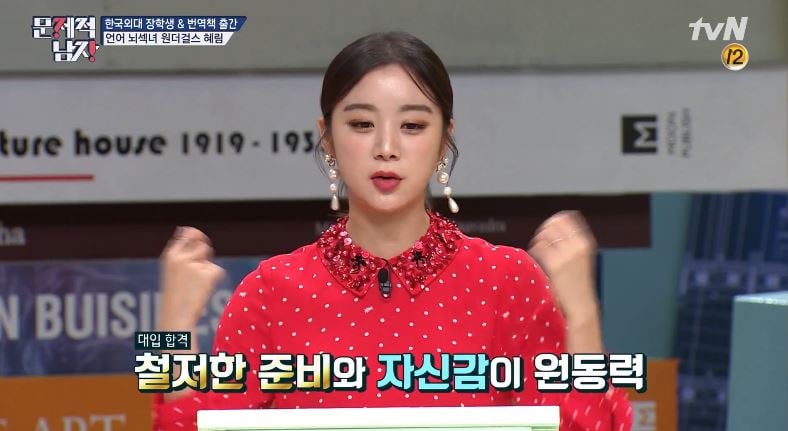 She explained how she had prepared for her college admissions. Hyerim shared, “I subscribed to English newspapers and read to see what kind of news there was every day. Even though the university was far from where I lived, I went to a cafe close to the school and studied for TOEIC (standardized test measuring English language skills). I hadn’t even done an interview [at the time] but I wanted to get good energy from the school, so I would walk around the school as if I were already a student there.”

The show also shared her transcript, which indicated that she had a 4.0 GPA out of 4.5. Out of the eight classes she took for her major in 2017, she received an A+ for five classes, an A for one class, and a B+ for two classes. When asked how she got such good grades, she commented, “For instance, when I read philosophical books, even though it’s in Korean it’s very difficult. It almost feels like I’m reading history in Chinese. So I read it through, then summarize it, and repeat that process until the summaries get shorter.” She added that she preferred to use handwritten notes rather than typing as it helped her remember things better. 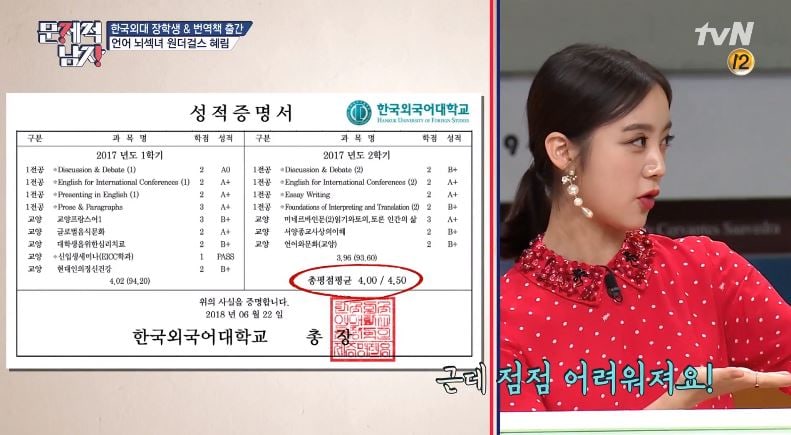 Hyerim then talked about how she translated the book “Anne Frank: The Diary of a Young Girl,” which was recently published. The show members talked about the difficulties of translation as translators have to convey more than just the base meaning of the words. She shared, “I tried my best to translate it word-for-word, because I wanted to try to keep the original author’s intention as much as possible. However, I also had to keep in mind the readers’ point of view, so it was difficult to express things perfectly.”