Hyolyn shared how the other members of SISTAR reacted when they heard her new song “Dally”!

On April 23, Hyolyn held a spoiler broadcast with Song Eun Yi for her new song “Dally” and talked about a variety of topics, taking questions from fans as well. One fan asked how the other members of SISTAR reacted to her new song. 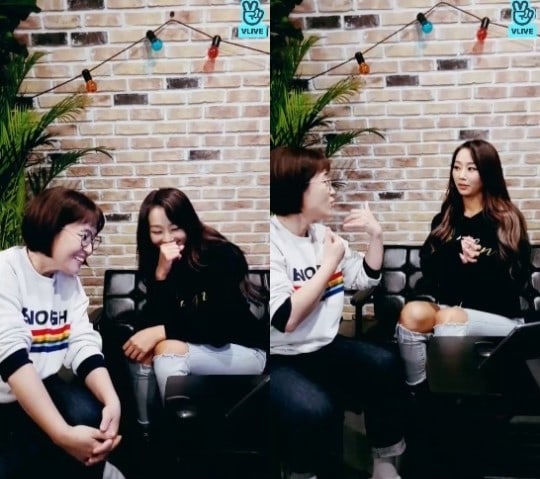 Hyolyn said Bora and Dasom heard it first when they came to see her in her recording studio. They heard the song quite early on, when there was only a vocal guide and not even the Korean lyrics had been written yet. She said, “Bora’s reaction was interesting. She got three seconds into the song before she shouted out, ‘Wow, this song is so good!’ I told her to keep listening and she said, ‘It’s possible to spot a good song in just three seconds. And this is a good song.” Describing Dasom as someone who expresses her love very well, Hyolyn said, “After listening to the song, Dasom said to me, ‘You’re the coolest and the greatest singer in the world that I know. You’re so cool.’”

When asked about Soyou, Hyolyn explained, “I met up with Dasom and Bora in the recording studio, and then the three of us headed out to meet Soyou together. Because of that, I wasn’t able to give her a good listening experience in the studio. The place we were at was quite noisy, so I don’t think she was able to hear it very well.”

Hyolyn, Bora, Dasom, and Soyou made their debut as SISTAR in 2010 and disbanded in 2017. Since parting ways, the members have continued to support each other in their individual activities, the most recent of which is Hyolyn’s new track “Dally.” Don’t forget to check out the music video!