On the April 22 episode of JTBC’s “Hyori’s Homestay 2,” a foreign guest came to stay for the first time at the guesthouse.

The guest was an American named Jackson, currently in South Korea to make a movie. He had seen the first season of “Hyori’s Homestay” through the recommendation of a friend.

Because of the fog, YoonA offered to drive the guest to the restaurant where he planned to eat. During the drive, YoonA made conversation by asking him his age, to which he replied, “25 in Korea.” When he asked her how old she was, she hesitated and asked him in Korean, “How old do I look?”

His first response was, “This is dangerous,” but tentatively guessed “21” to YoonA’s gasp of surprise. He then guessed 20 or 19 and she told him to go “up.” After a series of guesses and “up/down” responses, he finally arrived at her correct age of 29 (Korean age).

Jackson then expressed surprise, saying he had really thought she was 21, and YoonA told him he was her dongsaeng and he should call her noona [older sister].” 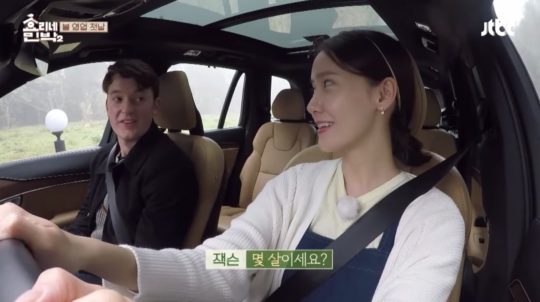 Later, during dinner at the guesthouse, Jackson was asked if he knew of Lee Hyori before he came on the show. He said that he’d known she was a celebrity and a singer and that he’d seen her on TV, but then Lee Hyori asked him if he knew her age.

When she invited him to guess, he said again, “This is dangerous,” but at Lee Hyori’s insistence he guessed 38. This was very close to Lee Hyori’s actual age of 40, as she proceeded to tell him, but she added in Korean, “I guess I don’t look that young.” 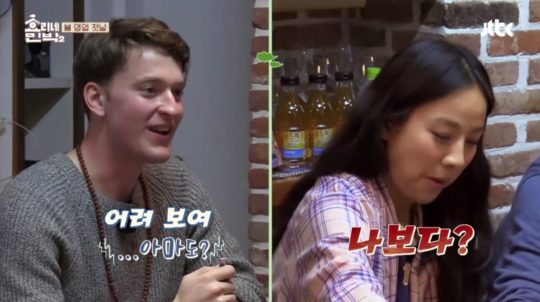 When asked to guess Lee Sang Soon’s age, however, Jackson guessed that he was younger than his wife, which really took Lee Hyori aback. Lee Sang Soon shook his head in amusement and said, “Dangerous.” 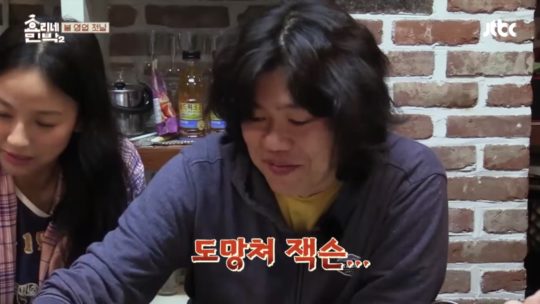