HyunA has been busy promoting her comeback and we are living for it! 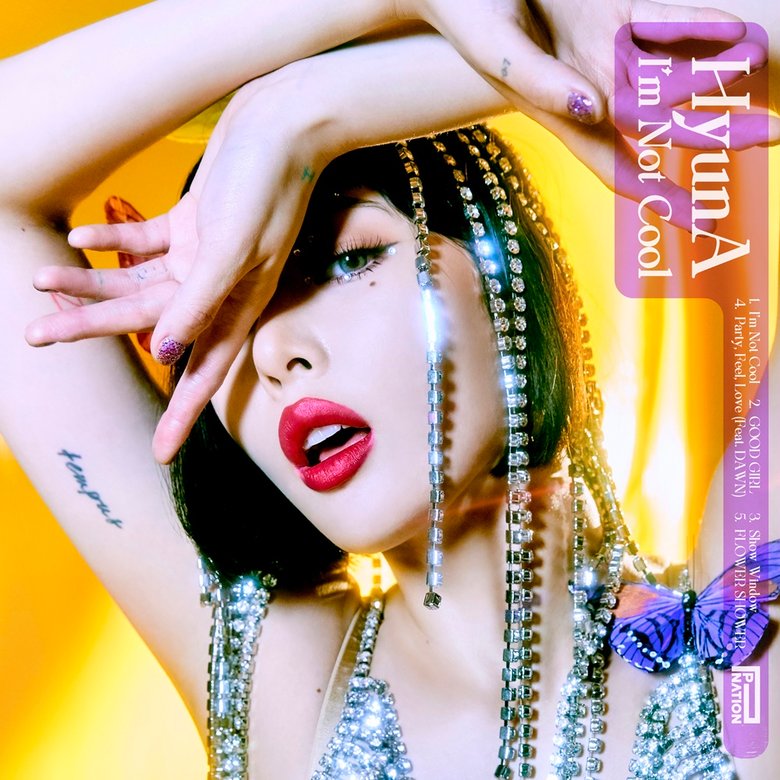 Just a few days ago, HyunA made her long awaited comeback with “I’m Not Cool” and she has been staying busy with her promotions. On February 3rd, HyunA stopped by MBC FM4U‘s Kim Shin Young’s Noon Song of Hope where she talked about a variety of topics. It was here that HyunA revealed that comedian and host of the radio show, Kim Shin Young was one of her closest friends!

My celebrity best friend is Kim Shin Young and I only have her. I think a lot of people know that now. Even then, I haven’t created any other celebrity friendships.

The “GOOD GIRL” singer further shared that it’s been hard during COVID-19 to meet up with her friends.

Due to Coronavirus, I have no opportunities to meet up with my colleagues.

HyunA also addressed her “I’m Not Cool” choreography, which went viral on TikTok for its jjanggu dance style.

I just saw the craziness on social media. It went viral because there’s a dance in the show, ‘Jjanggu’ that it’s similar to. I didn’t realize it, but that’s the feedback my fans gave me. I had a feeling it seemed familiar and now I know it’s because of ‘Jjanggu’.

She also further shared with the radio listeners the process in creating her comeback, which involved arguing with her label’s founder, PSY.

I fought quite a bit with my CEO (PSY). He was always in the back whenever I was practicing. I reminded him that it’s been 15 years since I debuted. It was all a brand new feeling. I had only felt that way right after my debut so it was weird feeling that again.

It was on the radio show that Kim Shin Young brings up HyunA’s past casting offer as the lead female role in the horror film, The Wailing.

I honestly forgot about it until recently when I started promoting again. Many people around me have been asking if I’d ever try my hand in acting. I always wondered why, but I saw my stage and realized I used my eyes a lot. I think it’s because I act with my eyes so much on stage that people suggest I try out acting.

While HyunA has yet to make an on-screen debut, she shared with listeners her honest feelings on her potential acting career.

I want to perfect my stages so I gave up my desires on acting. I feel like I’m going crazy if I don’t stand on stage. If another acting opportunity comes, however, I will give it a shot if I study it thoroughly and I know I can do an amazing job.

HyunA on our big screens? Yes please! We love hearing the queen talk about potential career adventures. Whatever she decides, however, we will support her through and through. Meanwhile, HyunA recently made her highly anticipated comeback with “I’m Not Cool”, which you can check out down below!