HyunA Reveals The Very First Celebrity She Exchanged Numbers With

HyunA confessed that comedian Kim Yong Man was the very first celebrity to give her his number.

HyunA appeared as a guest on the April 10 episode of Olive TV’s “Bizarre Restaurant.” During the episode, Seo Jang Hoon asked her why she decided to appear on the show.

“I normally don’t go out on variety shows, but I wanted to do this one because of Kim Yong Man,” she revealed.

When asked why she liked Kim Yong Man so much, she responded, “I appeared on my very first variety show with him. He was also the first celebrity to give me his number.” 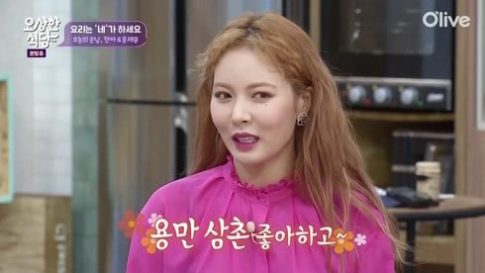 Seo Jang Hoon then asked Kim Yong Man if he really gave HyunA his number, and Kim Yong Man explained that it was because he had been close to all the members of 4Minute back then.

“I also filmed a show with HyunA once, but we didn’t get to exchange any numbers,” Kim Jong Min chimed, envious of their friendship. 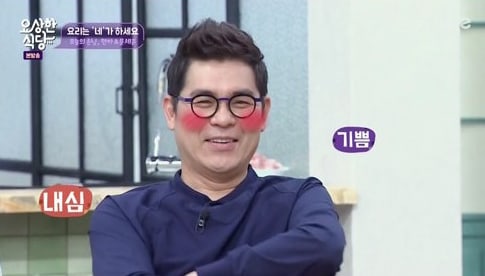