Unit Triple H, with HyunA and PENTAGON’s E’Dawn and Hui, has been featured on the cover of Ceci Magazine along with an interview about their upcoming “debut.”

These three members seemed to have a close relationship with each other. Actually, before Hui and E’Dawn debuted as PENTAGON, HyunA maintained her friendship with them and encouraged each other in music.

Now being in the same group under the name Triple H, all three of them said that they have high hopes of their promotion. E’Dawn said, “Before our promotion began, we talked a lot with [HyunA] about the music, the concept, style, and more. I wanted to cause as little harm as possible to [HyunA]. At the same time, I am excited because I think this will be fun.” 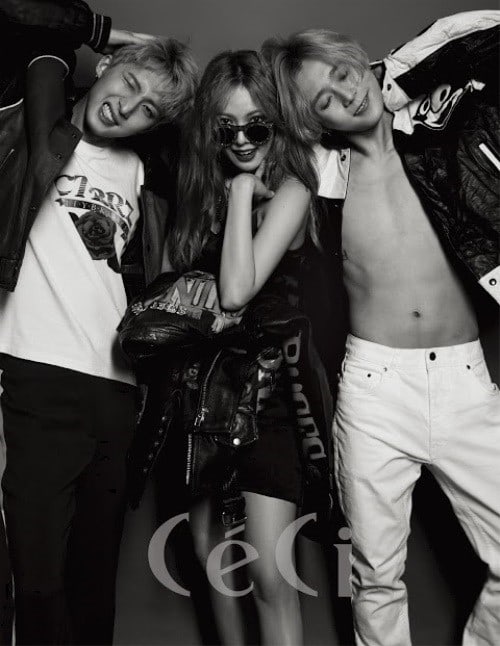 Hui added, “This is more than what we deserve but we’re thankful. I would be lying if I said there wasn’t much pressure. I just want to show a new side of myself as a member of Triple H.”

When it was mentioned that being in a co-ed group brings back the memories of her during “Troublemaker” promotions, HyunA said, “There is a certain charm to everything. Triple H has a fancy kind of charm. I participated in the album making process and paid closer attention to this than I ever did. Hui and E’Dawn are quite talented despite their short experience in music, so we created great synergy together.” 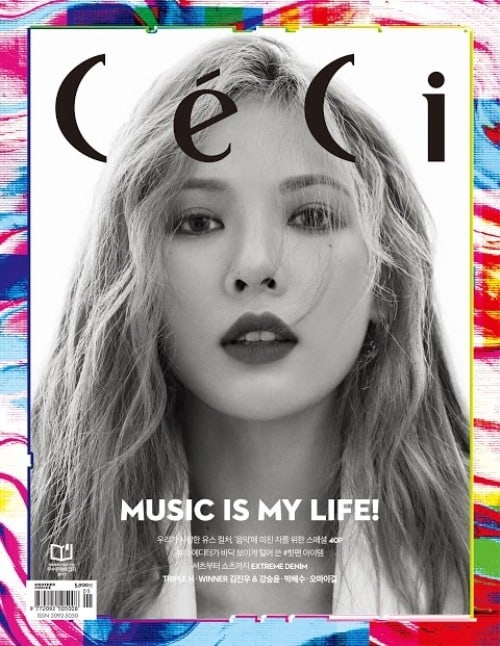 According to the staff that were at the scene, HyunA lead the filming atmosphere and advised the PENTAGON members on how to take better photos. E’Dawn and Hui complimented these mature sides of HyunA, saying, “We know that she is a good person because we see her taking care of people behind the stage. She always has good friends around her and we want to learn from her good manners. Her hardworking mindset encourages us to do better.”

HyunA, who is now celebrating her 10-year debut anniversary at age 26, confessed, “I used to be embarrassed when people pointed out that I am 10 years into this career, but I realized that I didn’t need to be embarrassed about it. Since I’ve come this far with just one dream in my mind, I need to continue working harder to make it last for 11 years, 12 years, and so on.”

Fans will be able to check out Triple H’s photo shoot with Ceci in its May issue.