2017 marks the 10th year since HyunA’s debut. She debuted as part of Wonder Girls in 2007 before leaving the group shortly after. She joined 4Minute in 2009 and began her solo career in 2010.

When asked why she thought she had received so much love from the public for so long a time, HyunA said, “This year concludes my 10th year of working. I think there are people who like me because they think I’m tough and sexy but I actually have a surprisingly plain side. I have a decisive personality, it’s almost too simple. I can be a bit languid too, but I’m still a steady person. When I decide to do something, the things I want to do become clear. I like to take happiness in little things.”

She continued, “It’s really hard to put out three albums in one year, but I always want to see my fans so I work every day to manage my stamina. I regularly work out 5 days a week, and control what I eat. I’ve danced for 10 years, so even if I dance really hard, it doesn’t burn as much calories and doesn’t help when dieting. Aerobic exercise also falls short so I have to [lose weight] by doing weight training.” 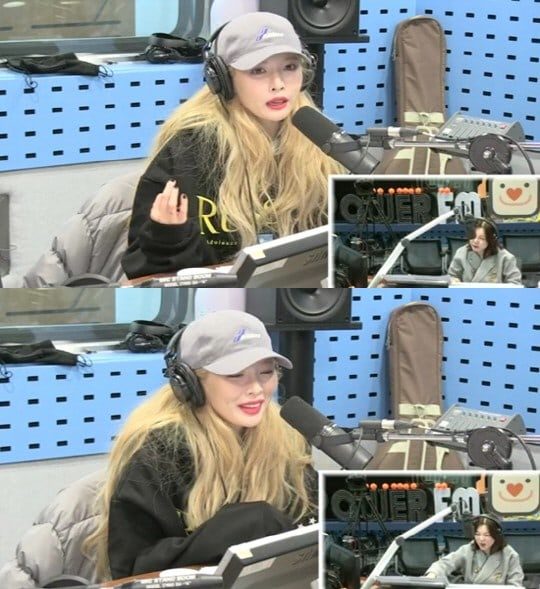 When sharing what she gets up to when she’s not working, she shared that she recently got a vacation from her company and went traveling. “For 7 days I went to Berlin and Paris with my staff,” she said. “I thought to myself that I want to go again next year.”

As for her hobbies, she said she likes cooking. “I like going to the grocery store, and I like to cook. When I was young, my father, who is good at cooking, taught me how, so I’ve made food since I was in elementary school. I’m good at copying dishes I’ve seen or tasted before.”

She added, “I’m a total homebody. I like staying at home a lot and don’t even turn on the lights sometimes. Our end-of-year plans include concerts so I am always in the practice room now. But I’m always thinking of how to spend that time in a fun way.”