On April 19, HyunA, Hui, and E’Dawn talked about coming together as Triple H at a press conference, saying, “We’ve known each other for a long time and we’ve shared a lot of music with each other.”

HyunA also shared her thoughts on how Triple H is receiving attention and being compared to her previous successful unit group Trouble Maker. “I’d be lying if I said it wasn’t a burden. But as much as I felt burdened, I was able to work harder.” she said. “It’ll be nice if I can do better than my last album, but I’m happy to be able to do what I want to do, and work with two artists who make trendy new music.” 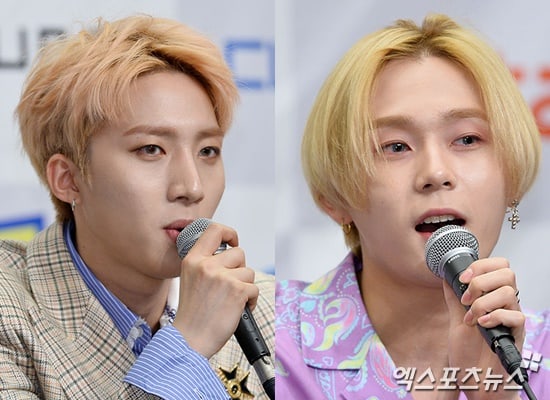 Hui and E’Dawn also expressed their satisfaction in being able to work with HyunA. “In the beginning, we were trainees and HyunA was our senior,” Hui said. “It was hard to approach her at first because of how much I respected her. However, once we started practicing together, she felt like a real sister. She would also help us like a teacher and look after us like a mother.”

E’Dawn shared, “Honestly, she’s scary. Normally, she has a lot of aegyo and likes to joke around, but then when I see her being professional at work it’s really scary.”

Meanwhile, their new reality program “Triple H Agency” will be broadcast on April 19 at 8 p.m. KST.