On April 27, Net Marble Games revealed the behind-the-scenes video of the commercial I.O.I filmed for the game on their official YouTube channel. 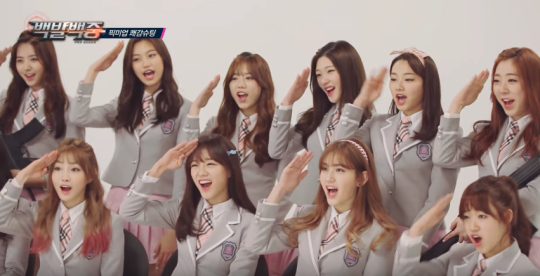 In the video, the girls pair black shirts with checkered accents as well as their trademark school uniforms from “Produce 101.” Despite being rookies, the girls act completely professional on set, monitoring their poses after the shoot carefully.

But when the cameras are off, the girls are as lively as ever. The mobile game is a popular FPS game in Korea and the girls carry guns and salute in military style in the video.