NU’EST’s Minhyun was playing the piano in a live broadcast when someone accidentally walked in. This person said hello, apologized, and then left. 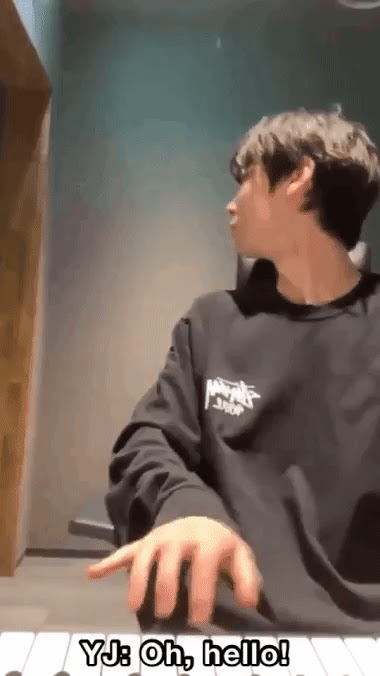 Viewers were curious as to who walked in, and Minhyun revealed that it was TXT’s Yeonjun! 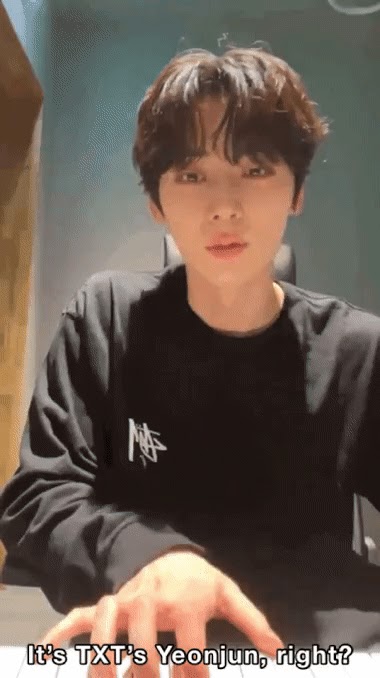 Yeonjun later spoke about this incident on social media, and he shared that he was stunned by Minhyun’s visuals!

As soon as I entered, I was shocked because sunbae-nim was so handsome…hahaha.

When TXT’s Soobin and Hueningkai were chatting with fans in a live broadcast, BTS’s Jimin accidentally walked in! 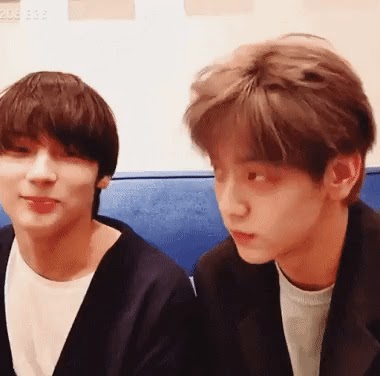 While Soobin and Hueningkai were surprised, they smiled and greeted Jimin, who could be heard saying, “Sorry, sorry, I’ll go,” off-camera. 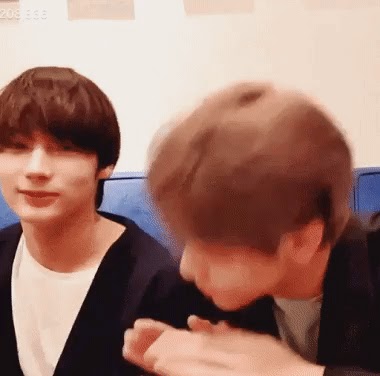 Fans then asked Soobin and Hueningkai who walked in, and they laughingly said, “sunbae-nim.” 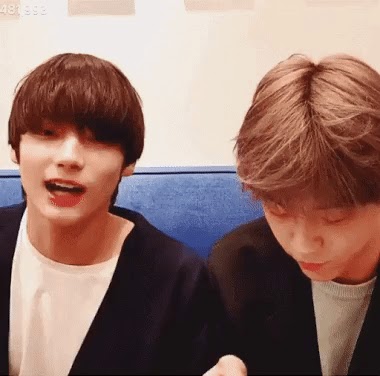 TXT’s Taehyun and Beomgyu held a live broadcast, and when Taehyun was talking, something caught his attention, causing his head to drift to the side. 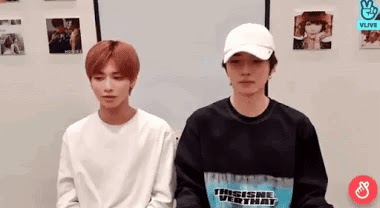 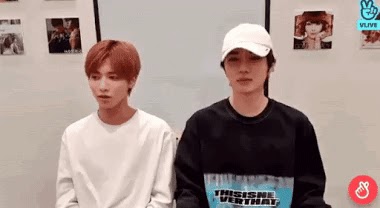