Since making their comeback with “Not Shy”, ITZY has been keeping everyone well fed with plenty of heartstopping content including a wide variety of dance practice videos of their hit title track.

So far they’ve served up a full course meal of practice sessions — their “moving version” and “part switch version” being just a couple of the offerings — but their latest “villain version” has been the icing on the cake for their dance practice feast! 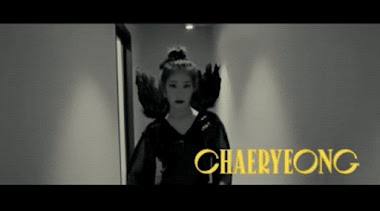 Ruling over the dance floor, each of the members transformed into classic villains for the practice and, unsurprisingly, bewitched everyone with their “wicked” charms.

Ryujin, in particular, captured a lot of attention dressed as the bride of Chucky from the 1998 horror film Bride of Chucky. Dressed in a white dress and black leather blazer which she paired with a smoky eye and dark lip and showcasing her dangerous dance skills, fans couldn’t take their eyes off the villainous Ryujin! 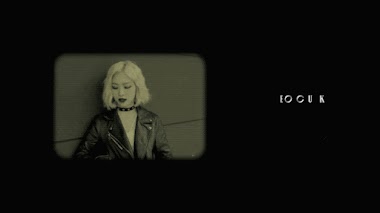 While she already left fans gasping for air in the dance practice, she may have gotten a little too into her wicked role as she decided to completely steal everyone’s breath away with her latest post on Instagram.

Posting a series of close-ups of her villain version along with three black hearts and a bride emoji, Ryujin launched a full-scale attack on hearts worldwide.

Although we can’t say for sure whether she had a plan to take over the world or not with her post, we can say that that’s exactly what she did! Fans around the globe have been feeling the effects of villain Ryujin…

And know that they’ll be feeling them for a long, long time!

the way i will never forget this ryujin EVER pic.twitter.com/VCnMUX7K4H

i’m not shading shin ryujin but she still hasn’t apologized for setting the standards so high in literally everything pic.twitter.com/arhIFTWAzV

ADMIT IT THAT YOUR WORLD STOP SPINNING AROUND UPON SEEING THIS RYUJIN pic.twitter.com/yOgaS8PStT

Experience the full effects of these villains for yourself in the special dance practice below, but be warned, your heart will be in serious danger of falling even harder for them!