iKON will start the new year with an encore concert!

On November 7, YG Entertainment revealed a poster of iKON’s upcoming concert. The poster shows iKON’s official color red and the crowd of fans cheering for the group, recalling the passionate and touching memories of that day.

iKON will greet fans again on January 6, 6 p.m. KST at Seoul KSPO Dome, with their concert “iKON CONTINUE TOUR ENCORE IN SEOUL.” The concert in January will be the finale of iKON’s CONTINUE TOUR. The tour started at Seoul in August, and the group visited Thailand, Australia, and Singapore. They will visit the Philippines on November 11, Indonesia on November 18, and Hong Kong on November 25. 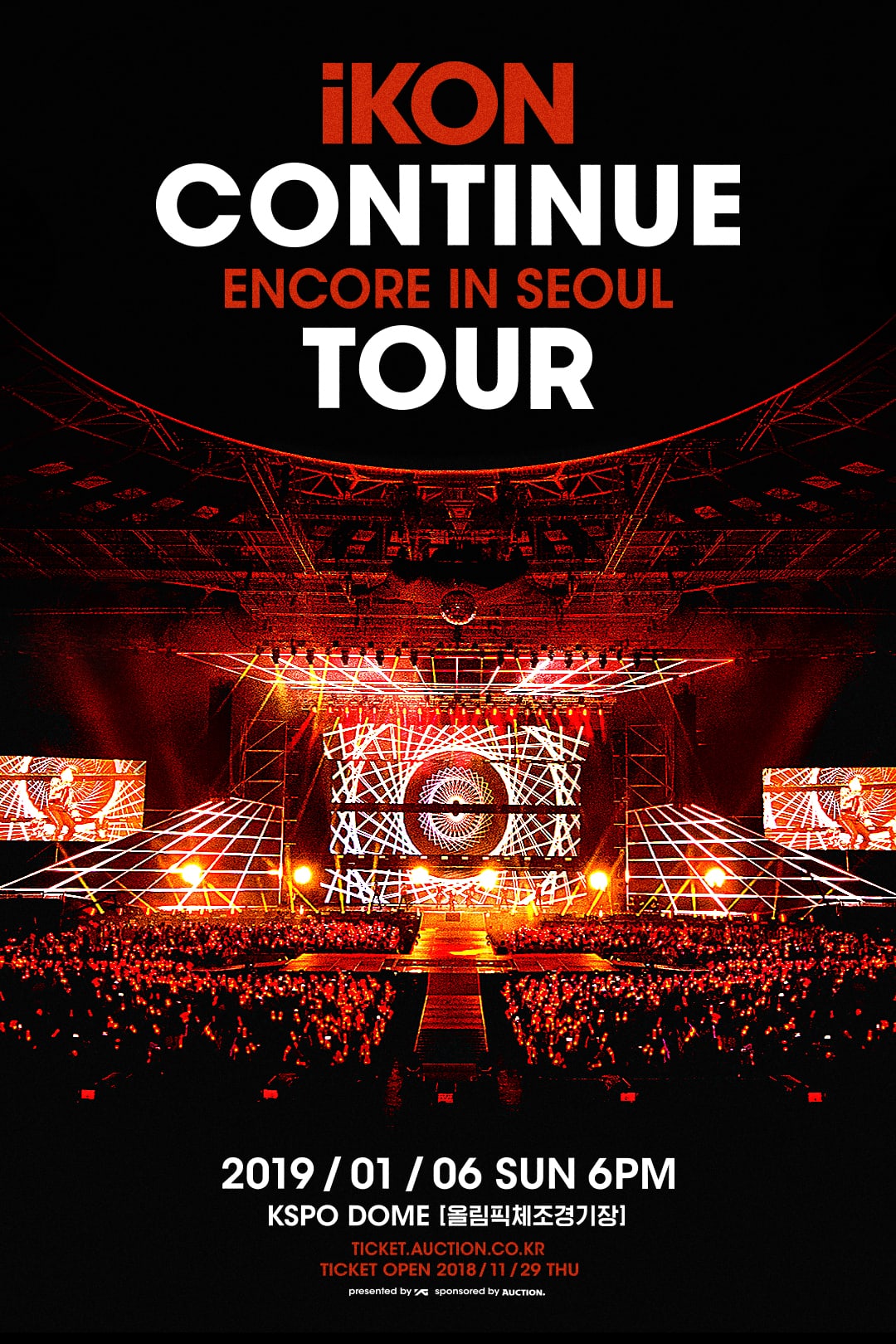 Fans will be able to see improved performances of iKON at the encore concert, as the members have enhance their skills after the second tour. The group’s popular hit songs will allow fans to sing along to the familiar melody and bond together. iKON has proved the popularity of their songs as many foreign fans have sang the songs during the previous concerts overseas. Fans will also be able to see the performance of iKON’s new song, “Goodbye Road” as well.

iKON released songs like “Love Scenario,” “Killing Me,” and “Goodbye Road” in 2018, taking first place a total of 19 times in music shows with these three songs. The group will also make a comeback again with a repackaged album on December 31, as previously mentioned by Yang Hyun Suk.