iKON member Jinhwan shows how much the variety show “Mari and Me” has meant to him when he can’t hold back his tears during the finale.

At the end of April 6’s final episode of “Mari and Me,” the guys talk about their experiences on the show and their feelings as they say goodbye. Seo In Guk says, “I thought it would be really hard to take care of the animals. It was the first time in my life doing something like that. But they always gave me as much as I gave them. I think I learned a lot while I took care of them.”

Shim Hyung Tak comments that it was a period of healing for him, and he was really happy while filming. As the others talk about what they’ve learned from the show, Jinhwan is clearly trying to stop himself from crying.

iKON’s B.I then says, “This was the first variety show for Jinhwan and me, and filming it was very healing for us. I hope that we can live in a world where animals and humans co-exist and feel close with each other, since we are all the same.”

When it’s finally Jinhwan’s turn, he starts to speak, but then apologizes because he’s so choked up he can hardly talk. “I wasn’t going to cry,” he says. He tries to start talking again, but is too emotional to express himself. Seo In Guk reaches over to comfort him, and Shim Hyung Tak says sadly, “We’ve all become so close.”

Jinhwan tearfully says, “It’s just so sad.” He then adds, “I hope that this show made everyone who watched it feel happy and gave them a time to heal. Thank you so much.”

Watch the touching video below! 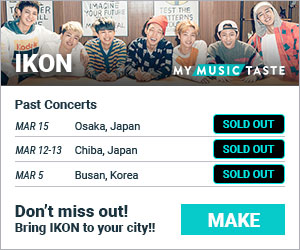