iKON’s Junhoe enjoys a relaxing vacation as he joins the cast of homebodies for “It’s Dangerous Beyond the Blankets.”

The idol made an appearance at the end of the April 12 episode, where it was revealed that he usually spends his time off by writing poetry or drawing at home. He will be making an appearance in the April 19 episode as well. The production staff shared that Junhoe would be showing off his unique emotions as a homebody, and that he would be joining Jang Ki Ha, Loco, and Jeong Sewoon on their trip to Chuncheon.

In recently released photos, Junhoe is dressed in a bright yellow jacket, and stares pensively and happily off the side of a boat. It was revealed that during the trip, Junhoe enjoyed the slow, carefree vacation and especially expressed his love for poetry. Whenever he had a chance, he lay down in his bed and wrote poetry, penning his feelings here and there. 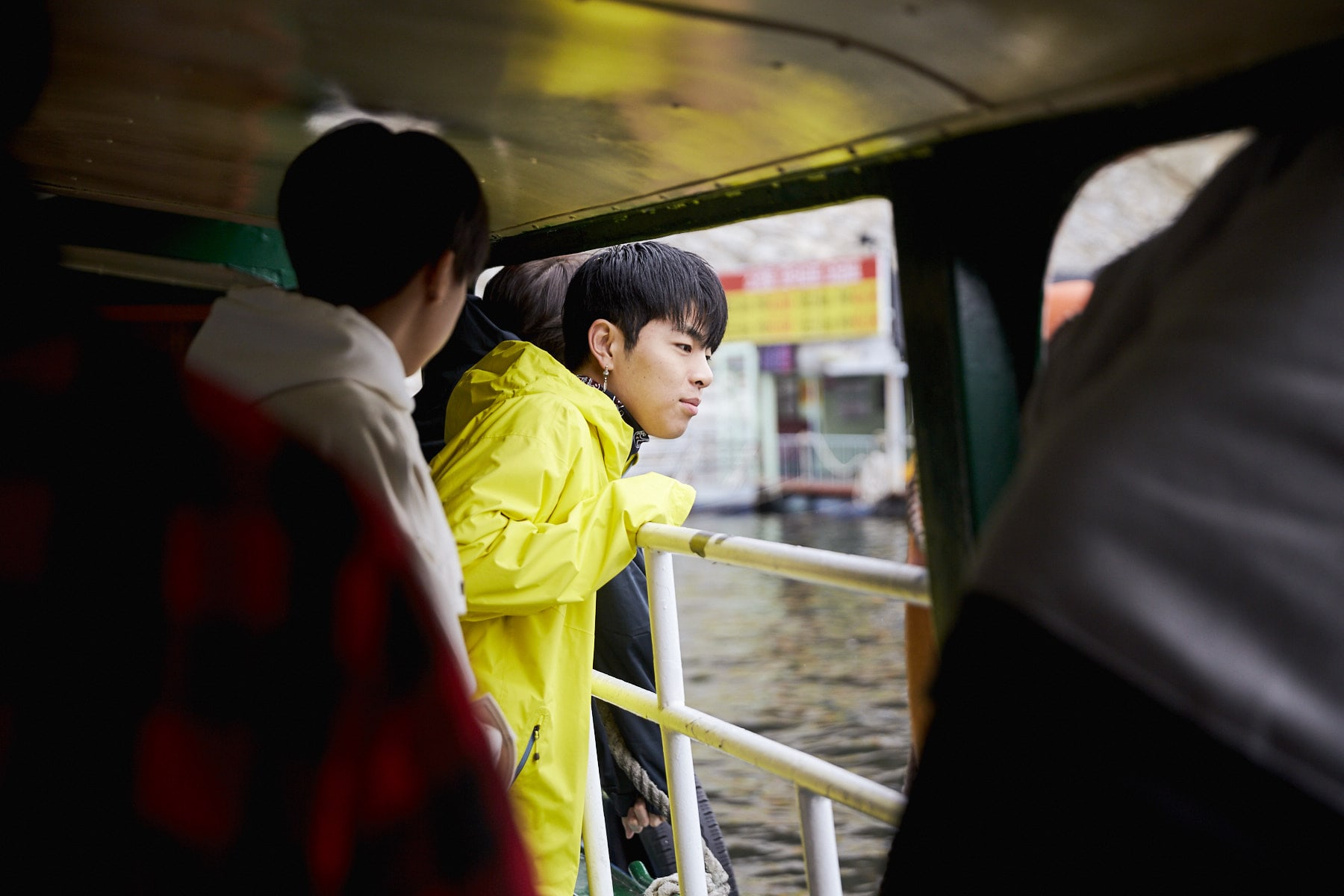 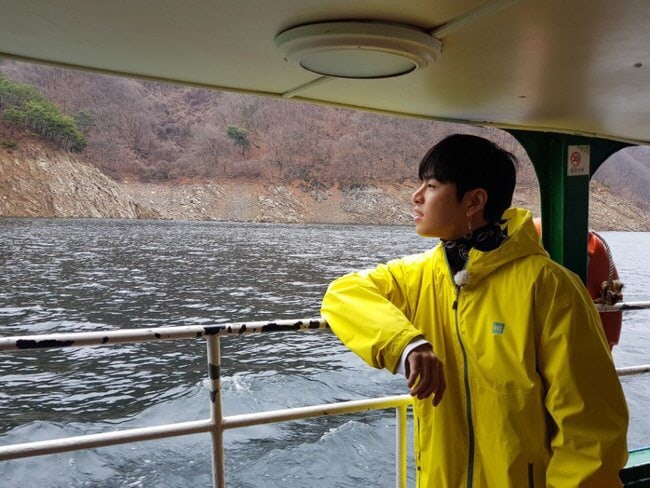