Every career has its ups and downs, and the idol industry is no exception. In a recent interview, INFINITE‘s main vocalist Sunggyu opened up about the harsh responses he often faces and the worries that have been on his mind for years.

This year marked 10 years since Sunggyu debuted with INFINITE, one of the few groups from their era that surpassed the so-called “seven-year disbandment curse”. Given how long Sunggyu has been thriving in the industry, it stands to reason that he must have numerous avid supporters. However, that doesn’t stop the 31-year-old singer from feeling worried about making his fans happy.

In his “Mind Map” interview with연예천재 (Entertainment Genius) on YouTube, Sunggyu revealed that he’s always had a lot of worries about potentially disappointing fans, causing them to leave.

Since beginning his solo career in 2012, Sunggyu’s career has bloomed into a solid success. His second mini-album, 27, debuted at no.1 on the Gaon Album Chart, and two of its singles reached the top 10. However, despite his success, Sunggyu says he’s been worrying about his fans leaving for a long time.

I used to worry about those things a lot since a long time ago. I’m sure there are fans who did leave.

Of course, Sunggyu acknowledged that there are also many fans who’ve stayed with him over the years. Earlier this month, Sunggyu released his first album since his military enlistment in 2018—Inside Me, featuring the lead single “I’m Cold”. The album has already recorded tens of thousands of sales in Korea as well as iTunes no.1s in several countries around the world. Sunggyu went on to say that the fans who support him have helped him through the struggles of the idol industry.

But still, there are people who have been waiting for me for a long time. There are more of those people than I thought. So, I thought about it while working this time. Because there were people like that, I was able to endure it until now.

That said, Sunggyu also revealed that he still faces harsh responses from people who believe his career is already coming to an end despite his hard work and achievements.

So why do people tell me it’s the end for me when they don’t even know me? They say there’s no spot for me anymore.

Thankfully, it seems he’s not letting the critics stop him. Sunggyu explained that seeing a future ahead for himself and his music pushed him to “cheer up and work hard“, getting him to where he is today.

And for people like that, since this isn’t the end for me or my music, since there’s a future, I decided to cheer up and work hard, and I showcased such ideas. That’s where I am.

And, although Sunggyu’s worries may not disappear any time soon, he’s doing a great job at channeling them into music. In “Climax”, one of his self-written B-side tracks from Inside Me, Sunggyu sings about how he’s “still the same and right here“. 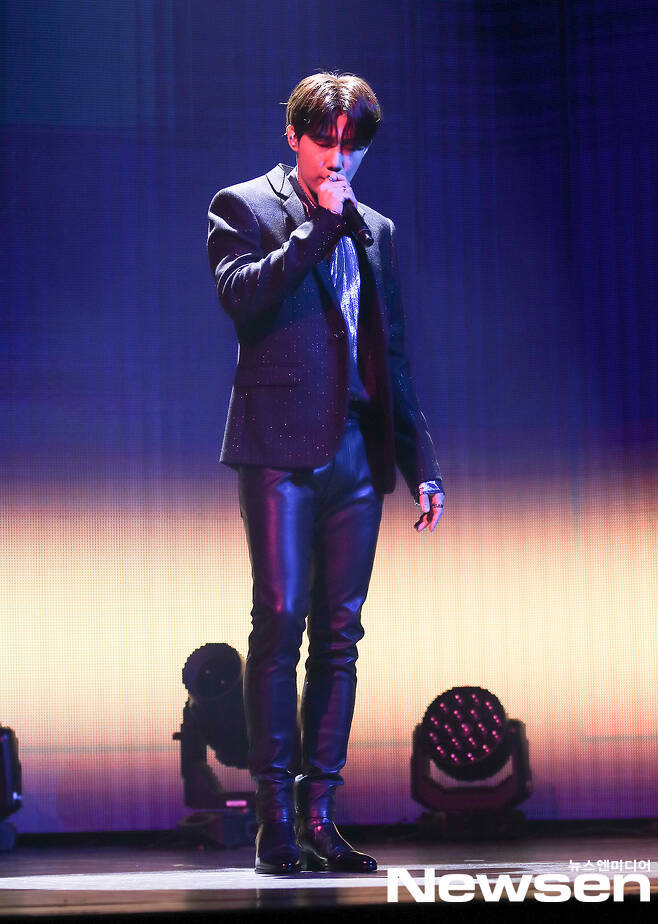 I remembering writing about that. While writing lyrics, “I’m right here. Just like me before.” I wrote stuff like that.