On November 11, the Korean Film Council announced that as of 7:10 a.m. KST, “Intimate Strangers” had officially drawn a total of 3,008,084 moviegoers.

The film just took 11 days to reach the milestone, easily breaking the record for the fastest-selling Korean comedy of 2018 (the previous record was held by “Keys to the Heart,” which took 24 days to hit the 3 million mark).

In order to commemorate the impressive achievement, the cast of “Intimate Strangers” posed for photos while holding up handwritten signs thanking moviegoers for their support. 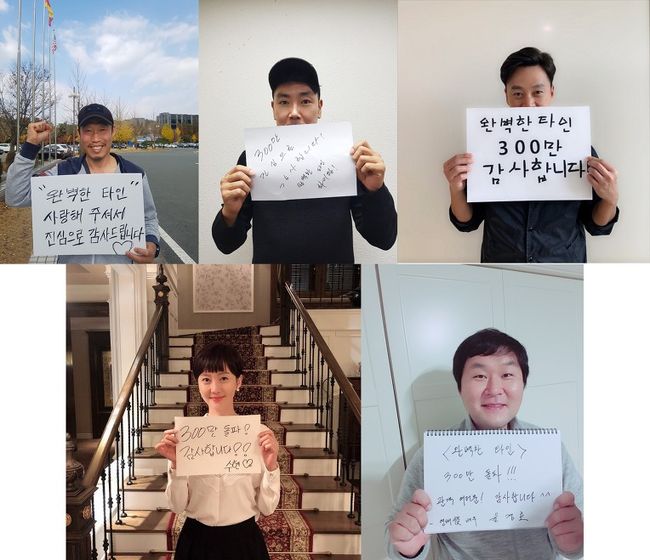 “Intimate Strangers,” a remake of the 2016 Italian film “Perfect Strangers,” tells the story of a couple’s gathering where a group of friends plays a game that forces them to reveal all incoming phone calls and text messages for a predetermined amount of time.