Iranian Rapper Under Fire For His Homophobic Comments Towards BTS

Mehrad Hidden is an Iranian rapper who is also in the hip-hop group Zedbazi. He has been accused of stealing BTS‘s logo for their fans, ARMY, and then insulting the group after being accused. Some of his fans have also joined him in making racist and homophobic jokes towards the K-Pop group.

Above is the shape that he posted on Instagram for unknown reasons but has now been deleted. ARMY noticed that it strongly resembled BTS’s fan logo and told the rapper.

After being accused by fans of plagiarism, he took to his Instagram stories. 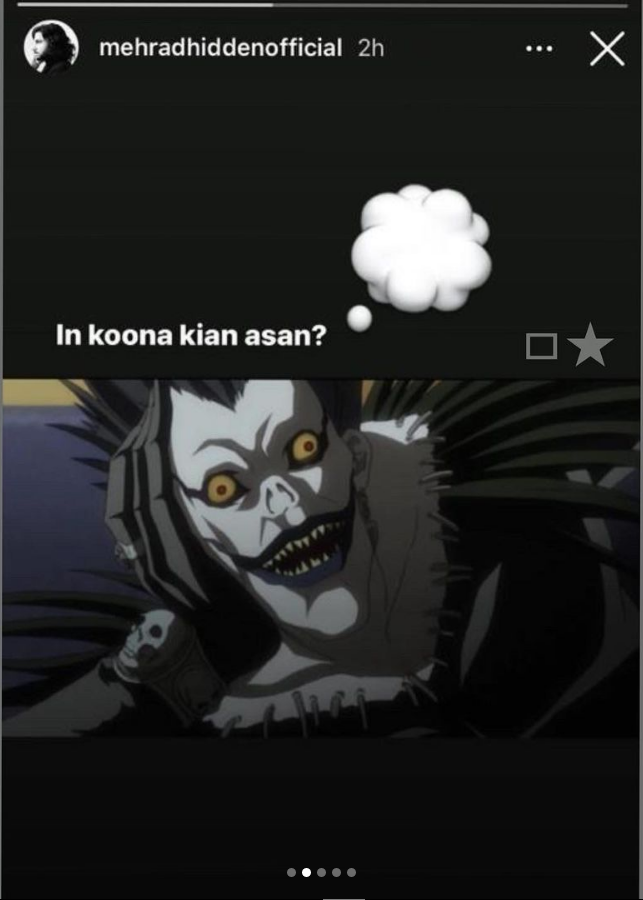 According to fans, this translates to “who are these f****ts?” This seemingly gave his fans permission to make fun of the boy group, as you can see in his tagged posts. While many of them are difficult to identify due to international fans’ language barrier, many of the images can be easily identified as malicious.

The rapper has not apologized for allegedly copying the logo nor the malicious comments he and his fans have made. However, he has since posted a letter to Instagram stating that his post was wrongly taken down and that he did nothing wrong. He accused netizens of harassing him and included #stopharassment.

Fans ask others to report the account and demand him to apologize. Iranian ARMY hopes that this does not cast a shadow on them and that other ARMYs acknowledge that they do not agree with Mehrad Hidden.