Fans are filled with endless praise for Red Velvet‘s leader, Irene, today. In fact, talk of these 10 leadership skills garnered so much attention, the topic even began trending worldwide on Twitter.

Earlier today, “IRENE BEST LEADER” made it to the top 10 of Twitter’s worldwide trends list, peaking in 6th place with over 50,000 tweets. The phrase also reached the #1 trend position in the Philippines, Vietnam, and Thailand.

Here are just a few of the impressive leadership skills fans are praising Irene for.

Fans have noticed how Irene always does her best to protect the members from any potential mishaps. In one clip from an event several years ago, Irene can be seen holding a blanket in front of the group’s car door as the members step out in short dresses, protecting them from any wardrobe malfunctions.

irene covering each member with a blanket while they get off the car ????

At a recent online concert, Irene was also seen tossing her audio equipment all the way to the side of the stage when it fell apart, ensuring none of the Red Velvet members would trip and injure themselves. 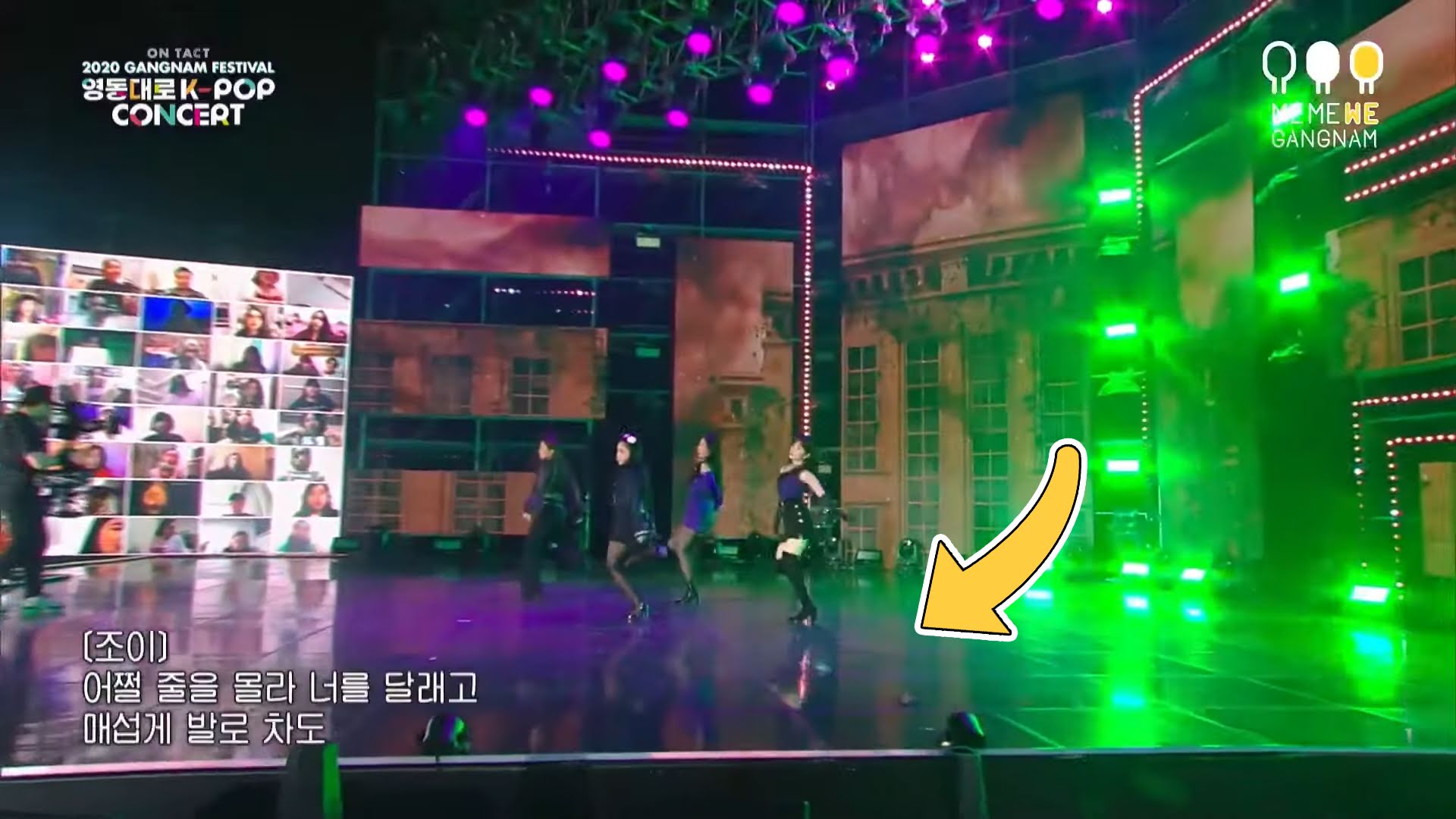 2. Listening to her members

Red Velvet’s members often praise Irene for being such a good listener. In an episode of Laundry Day, Joy gushed over how Irene always lets the rest of the group air out their feelings and opinions instead of being forceful and controlling.

“[Irene] always tells us what is wrong quietly and listens to our opinion.” -????

“Bec our training years were different, there were things we couldn’t say. But [Irene] said… since were now a team starting anew together, let’s say everything.” -????

And in another interview clip, Wendy talked about how Irene stays by the members’ sides to listen to their troubles and struggles.

Irene has been taking care of her members since they first debuted—and even earlier than that. When Red Velvet released their first track “Happiness”, Wendy was recovering from vocal nodules (which can severely affect an artist’s singing). Irene once recalled watching Wendy practice her “Happiness” high notes in the early hours of the morning and was often seen watching her intently during performances to make sure she was doing well.

irene: i remember wendy practicing her “shine on me” part until 6am, and me watching her from the side

And before Red Velvet even debuted, Irene was acting like a mother to maknae Yeri. In an early interview, Yeri told fans that Irene had been cooking her breakfast at 6:00 AM and ironing her uniform since she was in elementary school.

Just like a caring mother, leader Irene always makes sure to feed her members before she feeds herself. Whether she’s spooning forkfuls of ramyeon into Yeri’s mouth… 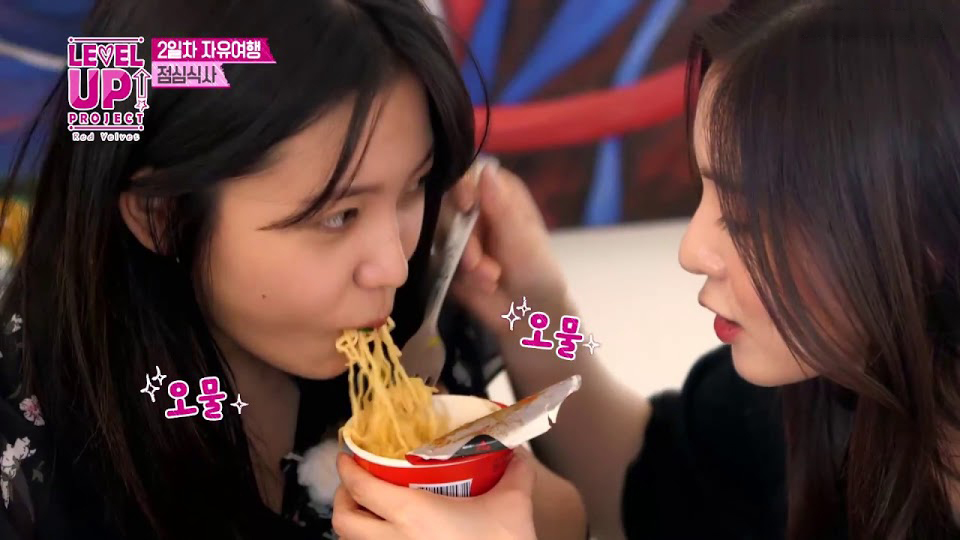 … or deboning fish for the whole team, she keeps everyone filled up and ready to give it their all.

there's no better leader for rv than you, irene best leader pic.twitter.com/vL0m1D4mYC

This generous leader is known for buying some of the most thoughtful (and expensive) gifts around, and her members are frequently the lucky recipients. For Seulgi’s birthday, Irene treated her to a ₩490,000 KRW (about $433 USD) bear-shaped lamp to match her nickname as well as luxurious flowers.

On one of Yeri’s birthdays, Irene treated the maknae to an expensive gaming mouse to support her video game hobby. She also bought Yeri a beautiful bouquet of flowers on her Coming of Age day.

And when Joy’s birthday rolled around last year, Irene went as far as handing her own credit card over to the lead vocalist so she could get the most expensive massage at their hotel.

6. Paying for her members

Even when there’s no special occasion at hand, Irene takes every opportunity to treat her members. Wendy once revealed that the group coined the nickname “Best Woman of This Generation” for Irene after she silently paid the whole bill for the members’ meals at a restaurant. And, in a recent episode of Yeri’s Room, Yeri told viewers of another occasion where Irene bought everyone a meal.

Irene loves the members. She takes care of them really well.

7. Never leaving a member out

Red Velvet can’t always complete every schedule as five, but Irene is being praised for making sure no one ever misses out. Back when Joy was unavailable to film the group’s reality show, Level Up Project, Irene secretly left her a note before they departed so she wouldn’t feel left out.

When Irene worried that Joy would feel lonely since she couldn't join the rest of the members for Level Up Project S1 and so left a note for her ????????

She even waited until all four remaining members made their own Instagram accounts before following them.

remember when irene waited for all the members to make an ig accs so she would follow them all at once????

Irene is determined to keep her members healthy, even if that means taking matters into her own hands (literally). In a past interview, it was revealed that Irene used to massage Joy’s whole body when she wasn’t feeling well.

9. Holding in her emotions

Holding in one’s emotions isn’t always a good thing, but ReVeluvs have always been endeared by how Irene keeps her own feelings under wraps to avoid bringing anymore stress to the rest of the group.

when irene said to the mc she doesn’t tell the members when she is struggling bc she don’t want the member to be worried since she is the main strength of the group.
IRENE BEST LEADER @RVsmtown pic.twitter.com/drnRqSGecw

Last but not least, ReVeluvs say Irene sets a great example for the rest of the group by leading herself well. In one magazine interview, she talked about how she used to be lazy and introverted. But one day, she decided to turn things around and start working out because she felt like it was the right thing to do for those around her. 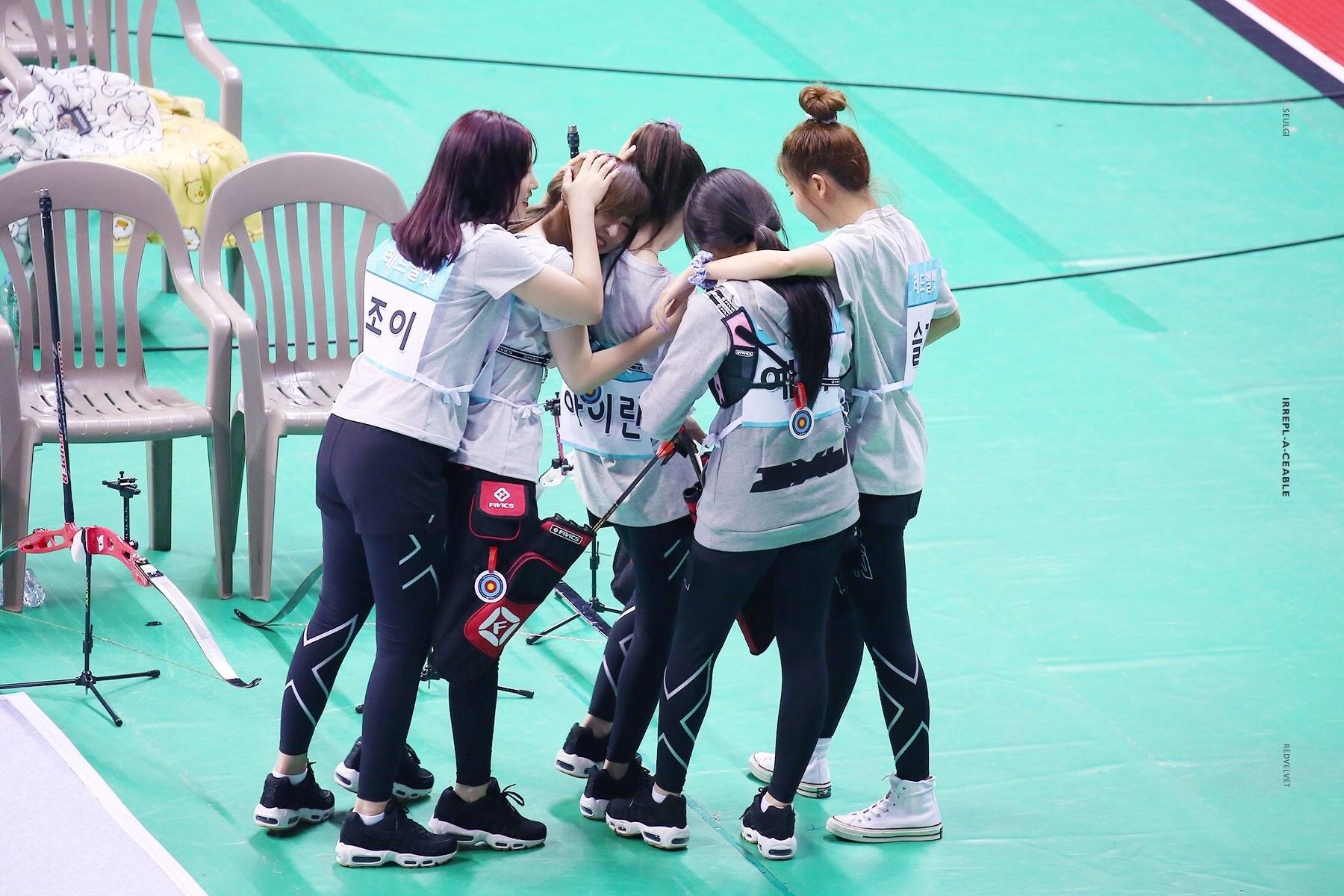