Being as widely known as idols such as the members of ITZY, people often hold them up to a certain standard. Though most people break down from the pressure, ITZY’s Lia revealed in Singles Korea how she came to live according to her own standards. Lia also discussed the unique charm of ITZY and her greatest achievements from 2020. 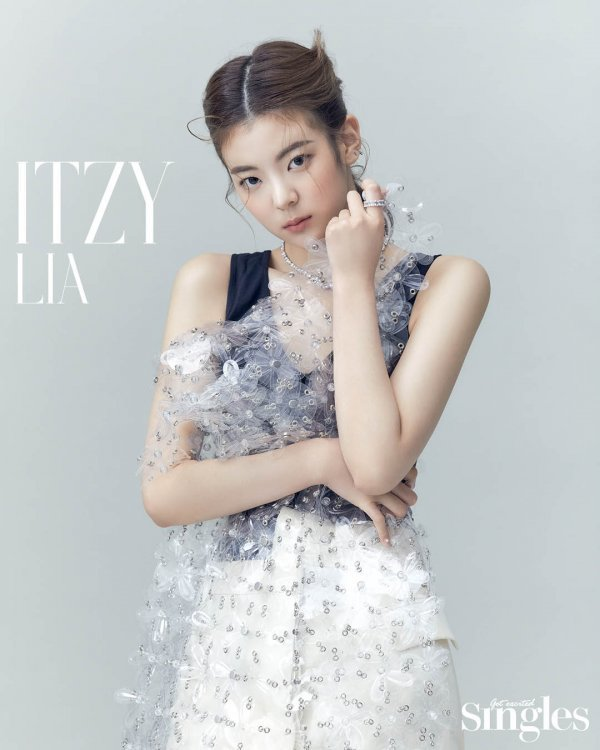 Clearly, ITZY is a powerful group like no other. So what makes ITZY so charming? Lia replied with a lovely answer!

I feel like energy is something unique to ITZY. That energy is in our dancing, our performances, but also when you close your eyes and just listen to our music. Our music has a healthy vibe that makes you straighten up and walk confidently and feel confident about yourself. I want our songs to give that sense of fiery energy as soon as people hear it. I think that’s our ultimate goal while recording.

Lia also shared which song helped her into her healthy way of thinking. The song was revealed to be none other than ITYZ’s very own “DALLA DALLA.”

Q: Which ITZY song does Lia relate to the most?

‘DALLA DALLA’ is the song I related to the most. In particular, the lyrics that go, ‘Don’t try to fit me into your standards. I like me as I am.’ I’m the type to live according to my own standards and be satisfied with myself. I think that everyone has different standards for ‘happiness,’ ‘success,’ and ‘failure,’ so there’s no need to try and live up to other people’s standards.

Looking back, Lia was asked what her greatest accomplishments in 2020 were and, of course, it was a hard question to answer! ITZY is just too successful!

Q: What was your proudest achievement in 2020?

I can’t pick just one. Every promotion was great and there were a lot of moments I am garteful for. I want to become someone fans can proudly call ‘my singer’ in 2021. If I became someone who fans are proud of, then that would make me proud.