ITZY shared their thoughts on their debut and name.

On February 12, the girl group held their debut showcase, “ITZY the 1st Single – IT’z Different,” which was broadcast on Naver’s V Live.

The showcase was hosted by former Wonder Girls members Yubin and Hyerim. ITZY’s leader Yeji said, “It’s an honor that Yubin and Hyerim are in charge of [hosting] our first debut showcase. We have prepared a lot, so please look forward to it.”

Lia added, “Since we officially debuted, today is a new start. I’m happy I can meet all of you like this alongside my members. I’m proud of the members for working hard, and we’ll praise each other.” Chaeryeong stated, “I dreamt [of becoming a singer] while watching the Wonder Girls. I’m so happy, and I can’t believe it.”

When asked if any senior artists from JYP gave them any advice, Ryujin answered, “Everyone we ran into at the practice room told us to work hard, cheered us on, and encouraged us.”

Speaking about their group name, Lia said, “It means that we have everything that we want inside of us, [based on the Korean for] ‘It’s there.’” Producer Park Jin Young created the name for us.” Chaeryeong added, “At first, I was confused as to what language it was. Now that I know what it means, I think it’s meaningful.” 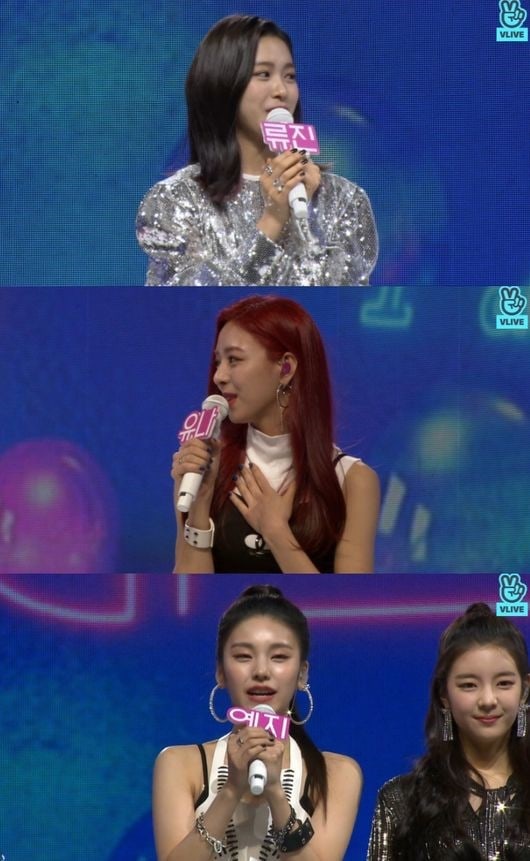