ITZY looks stunning in everything they wear, but some looks have been more well-received than others. Not everyone was a fan of these fashion decisions made by ITZY’s style team.

As part of the promotions for their upcoming comeback, ITZY recently guested on Knowing Bros. The members’ matching plaid skirts and blazers were eye-catching and well-coordinated, but the styling also drew criticism.

Some fans felt that cut of Ryujin‘s vest and Yeji and Chaeryeong‘s oversized jackets were unflattering. They also pointed out wrinkles on the members’ skirts and claimed that the stylists made “tacky” choices for ITZY’s hair and makeup.

Some netizens expressed their disappointment after seeing ITZY’s outfits from the 2019 Gaon Chart Music Awards. The members brightened the red carpet with assorted, neon clothes that stood out among the attending idol groups.

Some netizens claimed the outfits were “tacky” and did little to showcase ITZY’s true beauty, unlike many of their other stage costumes.

“The clothes are bad enough but the styling can’t get worse than this.. I was shocked while watching their performance;; They looked so pitiful”

“It’s tacky and the outfits are so short that they were probably freezing to death. The combinations and color sense are terrible and there’s nothing worth noting here seriously;; Were they going for the cheap tacky concept?”

“Where do they even find these clothes ㅋㅋㅋ Did they make it themselves? Did they not think it looked weird while making it? It’s the worst”

During ITZY’s “Not Shy” promotions, fans criticized the stylists’ decision to dress Ryujin in oversized shoes that put her in danger of falling.

MIDZY first noticed that Ryujin’s shoes did not fit properly during the “Wannabe” era. In these photos, taken during a performance on M Countdown, Ryujin’s feet are sliding back and forth in her boots as she dances.

While promoting “Not Shy” on Music Bank, Ryujin wore white boots that also caused her feet to wobble and slip. 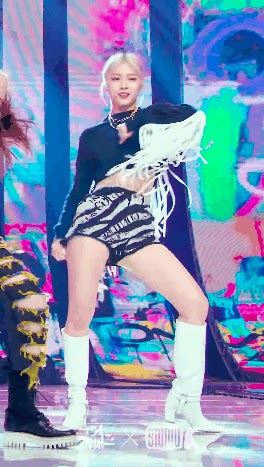 She struggled to stay balanced even while standing in place. Fans worried that the shoes would end up leading to injuries. 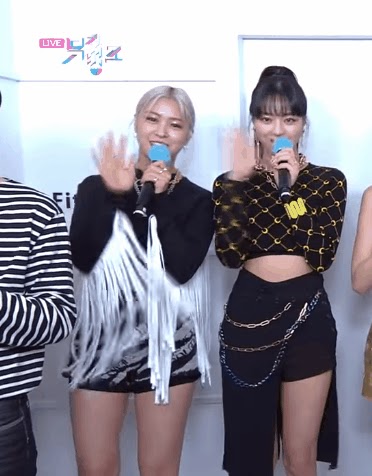 ITZY looked gorgeous in their all-black ensembles at 2019 SBS Gayo Daejeon, but Ryujin’s outfit drew criticism for being a bit too familiar.

Fans pointed out that ITZY’s stylists had dressed her in the same one that her senior and labelmate, TWICE‘s Momo, had worn.

This wasn’t the only time stylists received heat from fans for repeating outfits. For instance, ITZY wore the same white-and-blue outfits for a number of music show performances as well as at 2019 K-World Festa.